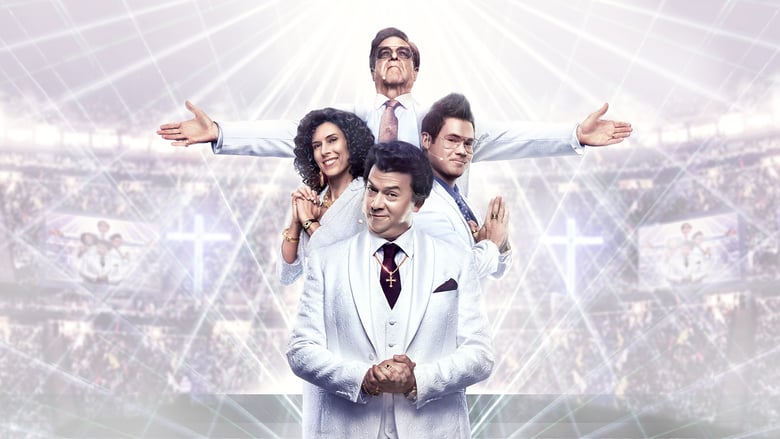 THE RIGHTEOUS GEMSTONES, starring Danny McBride, John Goodman, Edi Patterson and Adam Devine, kicks off its nine-episode season with an hour-long episode SUNDAY, AUG. 18 (10:00-11:00 p.m. ET/PT), followed by half-hour episodes on subsequent Sundays, exclusively on HBO. Telling the story of a world-famous televangelist family with a long tradition of deviance, greed and charitable work, the series was created by McBride (HBO’s “Vice Principals” and “Eastbound & Down”), who is an executive producer, director and writer. McBride collaborators Jody Hill and David Gordon Green also serve as executive producers and directors.

The series will also be available on HBO NOW, HBO GO, HBO On Demand and partners’ streaming platforms.

Well into the second generation of a grand televangelist tradition, the renowned Gemstone family is living proof that worship pays dividends in all sizes, including their megachurch. Danny McBride stars as Jesse Gemstone, the eldest of three grown Gemstone offspring, who looks to lead in his father’s footsteps, but finds his past sins jeopardizing the family ministry.

Playing Jesse’s siblings are Adam Devine (“Pitch Perfect”) as pseudo-hipster Kelvin, the youngest of the trio and a thorn in Jesse’s side, and Edi Patterson (HBO’s “Vice Principals”) as Judy, who is secretly living with her fiancé and dreams of escaping the Gemstone compound. John Goodman (HBO’s “Treme”, “The Connors”) is Eli Gemstone, the family’s patriarch, who finds himself at a crisis point as he mourns the loss of his wife, Aimee-Leigh (Jennifer Nettles), and questions the Gemstones’ mission.

THE RIGHTEOUS GEMSTONES marks the third HBO series for the Rough House Pictures team of McBride, Hill and Green, following “Eastbound & Down” and “Vice Principals.” McBride wrote and directed the pilot, with Green and Hill splitting directing duties on the other eight episodes. Green directed last year’s hit “Halloween” installment, starring Jamie Lee Curtis, as well as 2017’s “Stronger,” starring Jake Gyllenhaal. Hill directed 2018’s “The Legacy of a Whitetail Deer Hunter,” starring Josh Brolin. McBride collaborated as writer and executive producer on “Halloween” and as writer, executive producer and actor in “The Legacy of a Whitetail Deer Hunter.”

Episode One: Upon returning from a baptism marathon in China with his father Eli (John Goodman) and brother Kelvin (Adam Devine), Jesse Gemstone (Danny McBride) receives a video from blackmailers seeking to sully his reputation. Eli moves forward with plans to expand the Gemstone empire as he continues to mourn his late wife Aimee-Leigh (Jennifer Nettles).