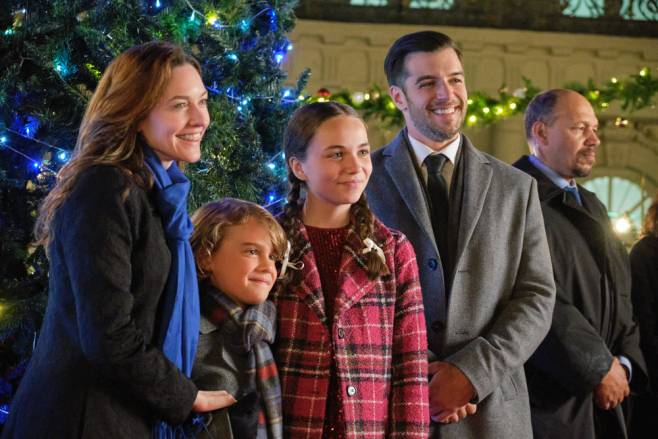 In The Royal Nanny, three weeks before Christmas, MI5 Officer Claire (Rachel Skarsten) uncovers a real threat to the monarchy and poses as the Royal Nanny inside Kensington Palace to safeguard the youngest heirs to the throne. Claire is not the best candidate for this job, but that is about to change as she goes through Ms. Lansbury’s (Greta Scacchi) crash course in nannying, who has been tasked with training the royal family’s caregivers for the past 30 years.

With her disguise in place, Claire arrives at Kensington where she is greeted by Princess Rose, the future queen of England (Katie Sheridan, “Lore”), and is met with a barrage of antics from Princess Elle (Isabelle Wilson, “The Royal Nanny”) and Prince Robert (Phoenix Laroche, “Trying”), both of whom are eager to send the new nanny packing.

She overcomes the difficulties of her assignment by combining her MI5 and nanny training, and she soon improves everyone’s lives in the royal household, growing to be a trusted confidante. Claire and Prince Colin (Dan Jeannotte), Rose’s younger brother, fall in love at the same time, but things get complicated when MI5 starts to falsely suspect a member of the royal family may be directly involved in the plot against the throne.

In order to protect the man she is falling for as well as the Royal Family, a family she has grown to feel a part of, Claire risks both her career and her life.