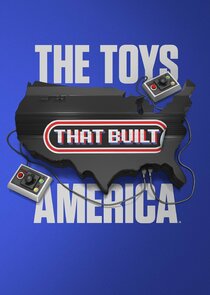 An original doll is made by art student Martha Nelson during the folk art movement of the 1970s to be sold at regional Kentucky craft fairs. She is unaware that a creative young businessperson will use her artwork as the basis for a mass-produced doll that will start a multi-billion dollar toy craze. They will make him wealthy, but not before he must defend his empire from Nelson and a baseball card company that wants to make money off of mocking his dolls.

Against the backdrop of major events in American history like the Civil War and the Great Depression, The Toys That Built America shares a different story – one that brings new products and nostalgic toys to the forefront as driving forces behind untold cultural and economic shifts. The four-part docuseries showcases visionaries such as the Parker Brothers, Milton Bradley and Ruth Handler who transformed a small toy company into the billion-dollar empire now known as Mattel. It reveals the little-known stories behind ground-breaking innovations like the Frisbee, and accidental discoveries like how the Slinky was created. Additionally, the docuseries unveils competitive rivalries between iconic brands that changed the fabric of our nation forever. Blending dramatic reenactments and archival footage with interviews from experts, biographers, and others, The Toys That Built America brings to life the surprising tales of the men and women who created some of America’s most beloved and enduring toys including Silly Putty, Monopoly, Barbie, G.I. Joe, and other famous classics.