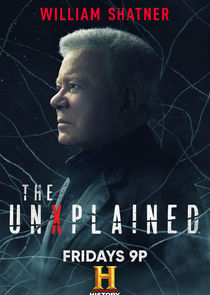 The Search for Atlantis: According to the Greek philosopher Plato, the lost continent of Atlantis was once home to an advanced civilization before it was destroyed in a cataclysm. But was Plato’s story merely a myth? Or did Atlantis really exist? For centuries, archaeologists have tried to uncover evidence to prove that this legend is true. Will Atlantis finally be re-discovered, perhaps by employing modern technology? Or will this lost civilization remain…UnXplained?