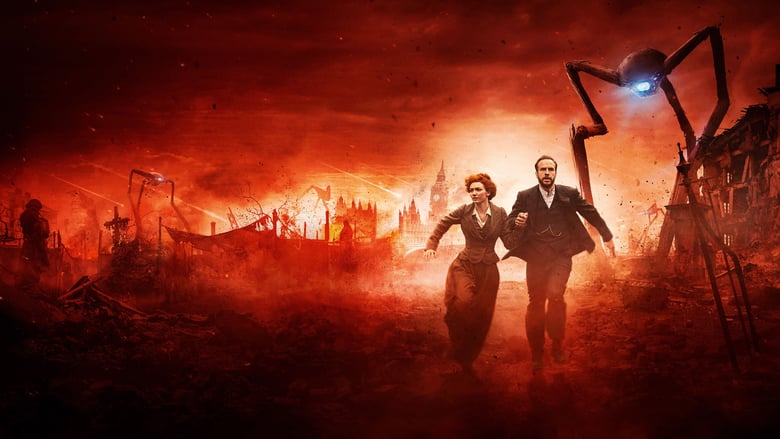 England 1905. Amy (Eleanor Tomlinson) and George (Rafe Spall) are neighbourhood pariahs – they’ve fallen deeply in love but George is married to another woman.

This doesn’t bother their astronomer friend Ogilvy (Robert Carlyle) in the slightest, who feels like an outcast himself. Amy and George visit Ogilvy’s observatory where they witness eruptions from Mars.

George, a journalist at the London Evening Chronicle, visits his brother Frederick (Rupert Graves), Secretary to the Minister for War, at the Admiralty, and begs for his help. He needs his brother to convince Lucy, George’s wife, to sign divorce papers. Frederick is indignant at George’s decision and refuses outright.

A mysterious capsule lands in Horsell Common. Amy, George and Ogilvy are among the first to notice and examine it. Is it an asteroid? Stent (Daniel Cerqueira), Astronomer Royal, certainly seems to think so, and when the capsule starts to shudder and move he’s the first to act. He’s also the first to die. The capsule rises into the air and unleashes a devastating heat ray, killing hundreds.

Amy and George can’t find Ogilvy anywhere. They rush home, but it’s not safe there either – something has come out of the capsule and it’s on the move. They decide to go to Frederick at the Admiralty. But just as they start their escape from Woking the fighting machine in the capsule takes its full tripod form and blasts out another heat ray: Amy manages to escape while George disappears behind rubble and smoke.

Amy arrives at the Admiralty and explains everything to Frederick, who wants to know where his brother is and if he’s alive. Amy can’t say for sure, but she does reveal a secret, one that not even George knows.