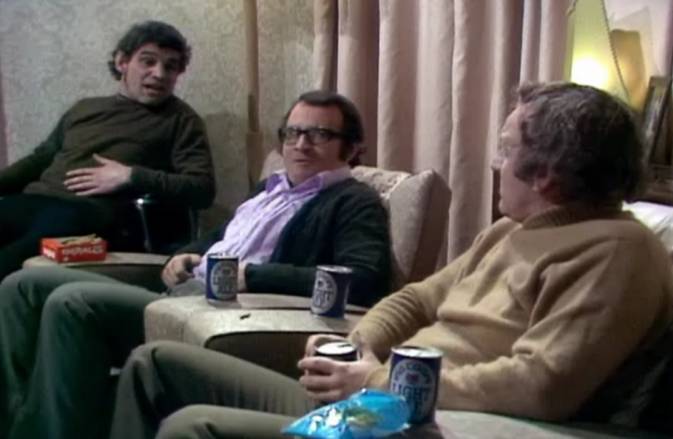 In The Trouble With Tommy escaped convict Tommy Hollister is still hiding out at Dobb’s place. He is slightly psychotic and both Stan and Dobbs have to tread very carefully around him.

According to the news the police have narrowed the search to West London but Tommy needs money to get away (he wants to go to Portugal and start a new life) – Stan thinks that he and Dobbs should do a job to get the readies to get rid of Tommy.

There’s a truly hilarious moment when Stan starts up the vehicle he has borrowed for the occasion and it turns out to be an ice cream van.

Series: Thick As Thieves Episode 5 (of 8)