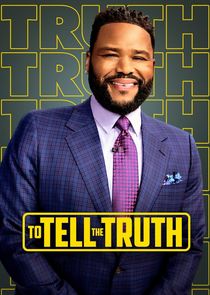 Jason Alexander, Oliver Hudson and June Diane Raphael make up the celebrity panel. There's mischief brewing with a panel that includes a former "National Mother of the Year," a Master Cicerone, a survivalist, a glass harpist and the person who made Bernie's meme-able mittens.

To Tell the Truth is an anarchic and funny re-imagination of the beloved, game show of the same name. The all new version will take the excitement to another level featuring fun characters from pop culture.