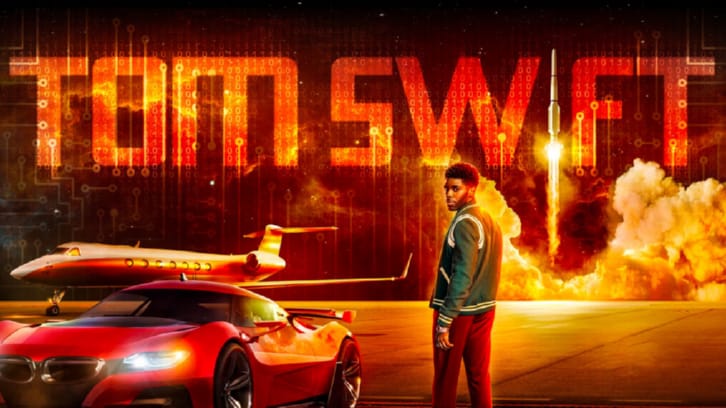 .. And the Liftoff to Saturn: As an exceptionally brilliant inventor with unlimited resources and unimaginable wealth, the devilishly charming TOM SWIFT (Tian Richards) is a man who many men would kill to be, or be with – a man with the world in the palm of his hand. But that world gets shaken to its core after the shocking disappearance of his father, thrusting Tom into a breathtaking adventure full of mysterious conspiracies and unexplained phenomena.

On his whirlwind quest to unravel the truth, Tom finds himself fighting to stay one step ahead of an Illuminati-scale cabal hellbent on stopping him.

Follow the adventures of billionaire inventor Tom Swift, who is thrust into a world of sci-fi conspiracy and unexplained phenomena after the shocking disappearance of his father. Tom takes to the road on a quest to unravel the truth, leaving behind the comforts of his usual moneyed lifestyle, all while fighting to stay one step ahead of an Illuminati-scale group hell-bent on stopping him.