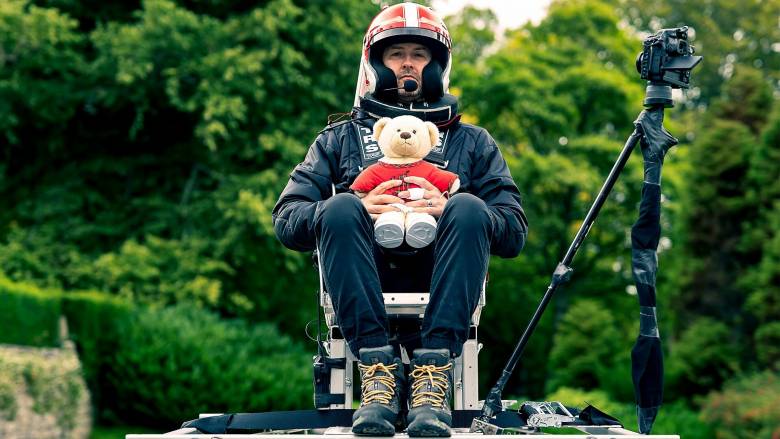 Freddie Flintoff, Chris Harris and Paddy McGuinness are back behind the wheel, getting abroad for the first time in 18 months, and getting more competitive than ever in an all-new series.

Aston Martin Victor
There are supercars, and then there are supercars. Even in the rarified world of very expensive, very impractical cars, the Aston Martin Victor is something special: a one-off, 800-horsepower, £4,000,000 lump of seething menace that pays tribute to Aston’s maddest offerings of the 80s. Clearly there was only one man to tame this beast. But Stig was busy, so Paddy manfully stepped into the breach.

Freddie Flintoff, Learner Driver
Freddie Flintoff: he’s been a cricketer, a boxer, he’s even tackled musical theatre. But now it’s time for Fred to face his most terrifying challenge yet: to become a ‘bona fide’ racing driver. Can Fred get up to speed, and get his race licence, in time to team up with Chris Harris for a top-tier endurance race?

Happy Birthday Delorean
The DMC DeLorean turns 40 this year. One of the most recognisable cars in history, the stainless steel, gull-winged icon immortalised in Back To The Future also boasts of the strangest life stories of any car: a story even Hollywood might have dismissed as too far-fetched. Chris delves into a wild world of FBI stings, supermodels, drug deals and time travel…

Top Gear is a British television series about motor vehicles, primarily cars, and the most widely watched factual television programme in the world.