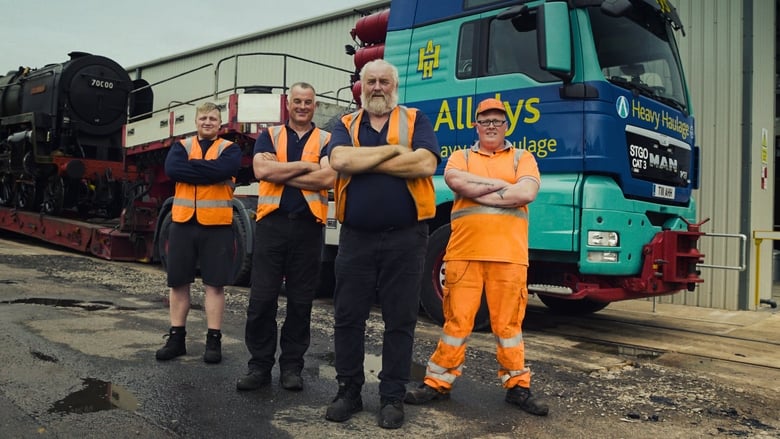 GWR Steam Locomotive: A Great Western Railway “Modified Hall” steam engine and its tender, one of the Severn Valley Railway’s most beloved locomotives, are being taken out of service for a safety inspection. Worth more than $250,000, it needs to be kept in secure storage while it waits, but only 250 miles of congested highways and winding roads stand in the way.

Train Truckers follows the adventures of a family run crew of heavy-haulage specialists as they race to transport the heaviest, longest and most precious locomotives around the world by road, rail and sea.