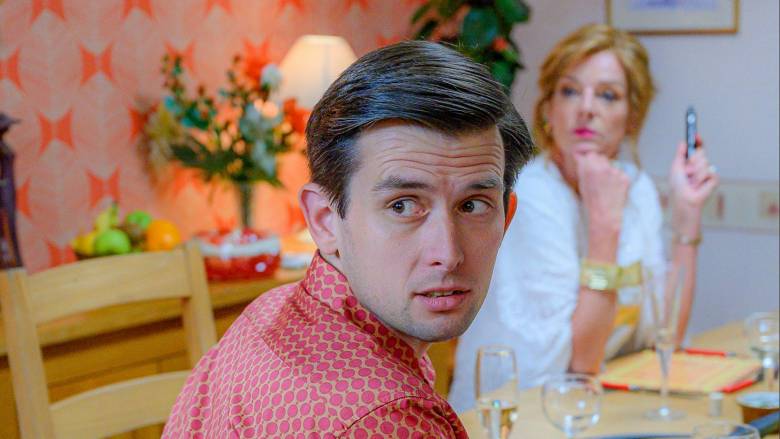 A timely treat of new episodes of the hit comedy Two Doors Down for December.

In Veggie Curry, Beth is cooking up a storm, making a veggie curry to celebrate Ian and Gordon’s anniversary.

But when the boys arrive, it’s Ian’s black eye that catches mum and dad’s attention. The night starts to spiral as Cathy and Colin invite themselves over, and Christine turns up with an upset stomach demanding to know if Beth’s kitchen is clean.

When questioned about the black eye, Gordon lets slip that Ian was in a fight and is then forced to confess he didn’t jump in to defend his partner. Later, when Cathy and Colin discover it’s not only a vegetarian curry but a mild one, they blame Gordon for everything and take matters into their own hands, completely hijacking the Baird’s quiet family meal.