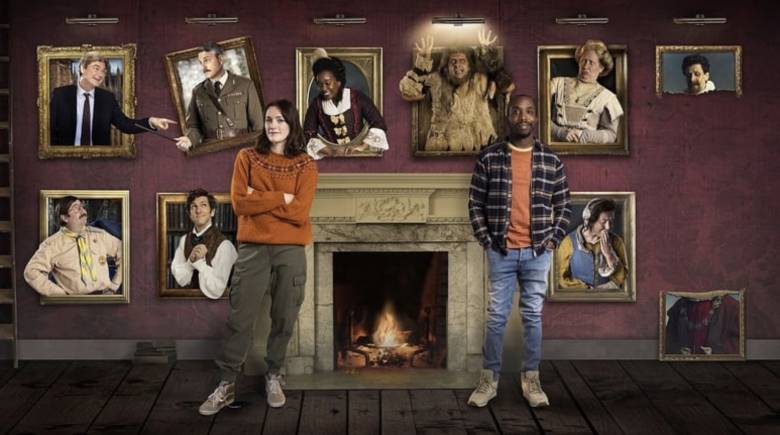 Ghosts is a comedy about a couple who move into a haunted house. Created by the lead cast of writer-performers from the award winning Horrible Histories and Yonderland. The first two seasons premiere on Britbox Australia on Saturday 1 Jan 2022.

The crumbling country pile of Button Hall is home to numerous restless spirits who have died there over the centuries – each ghost very much a product of their time, resigned to squabbling with each other for eternity over the most inane of daily gripes. But their lives – or, rather, afterlives – are thrown into turmoil when a young urban couple – Alison and Mike – surprisingly inherit the peaceful derelict house and make plans to turn it into a bustling family hotel.

As the ghosts attempt to oust the newcomers from their home, and Mike and Alison discover the true scale of the project they’ve taken on, fate conspires to trap both sides in an impossible house share, where every day is, literally, a matter of life and death.