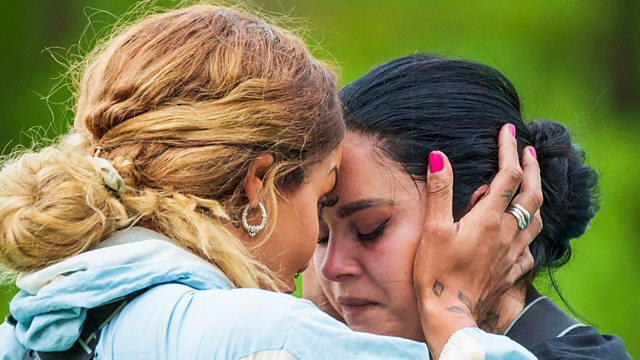 After the couples arrive at the manor, they immediately head to the lake for their first challenge, where they try to construct a bridge over the water in pairs. They meet host Rob Beckett, experts Anjula and Maria, who have been watching their antics from the house, once they are back on dry land. Following a dinner where the couples get to know one another, Rob reveals over breakfast a terrifying challenge that the cast is dreading in more ways than one.

Six famous faces, paired with their real-life partners, will compete to prove that they have the strongest relationship.

The cast of couples, representing all kinds of romantic love, will put their relationships to the ultimate test by taking part in a series of mental, physical and emotional challenges specifically designed to push their bonds to breaking point.

Funny, relatable, revealing and occasionally terrifying this series will get under the skin of the competing couples, revealing these famous faces in a way the British public has never seen them before.