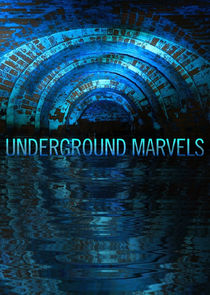 Hotel Bunker of the Apocalypse: Unique wonders from around the globe that exist below the ground are spotlighted as historians, engineers and experts uncover the impressive history of the marvels, including how they were built, why they exist, and the secrets they may be hiding.

From a network of cellars, wells and tunnels in the Czech Republic once used to create the world's most popular beer to the secret caverns and rock formations of the Cheddar Gorge in Southwest England, Underground Marvels puts the spotlight on the wonders that exist beneath our feet.