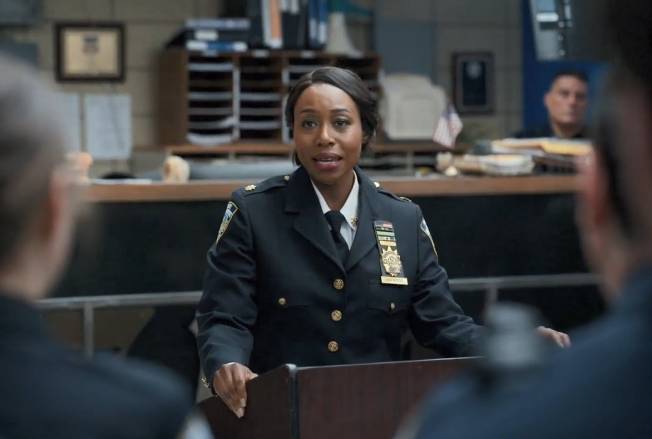 US crime drama East New York will get a fast tracked premiere in Australia next month, debuting on FOX two days after it’s US Premiere. The series stars Amanda Warren who plays Deputy Inspector Regina Haywood.

The 74th Precinct in East New York, a working-class neighbourhood on the outskirts of Brooklyn, recently promoted Deputy Inspector Regina Haywood (Amanda Warren) as its boss. East New York is undergoing social upheaval and the early stages of gentrification. Haywood is determined to use innovative strategies to defend her beloved community with the aid of her officers and detectives because she has family ties to the area. However, she must first face the difficult task of winning their support because some are sceptical of her promotion and others are resistant to the changes she is desperate to implement.

Her team includes her mentor, shrewd veteran two-star Chief John Suarez (Emmy® Award winner Jimmy Smits); Marvin Sandeford, a highly respected training officer and expert on the neighbourhood; Tommy Killian, a detective with some old-school approaches to policing; Capt. Stan Yenko, Haywood’s gregarious and efficient right hand; Crystal Morales, an intuitive detective who can’t be intimidated; Andre Bentley, a trainee from an upper middle-class background; and ambitious patrol officer Brandy Quinlan, the sole volunteer to live in a local housing project as part of Haywood’s plan to bridge the gap between police and community. Regina Haywood has a vision – she and the squad of the 74th Precinct will not only serve their community, they will also become part of it.