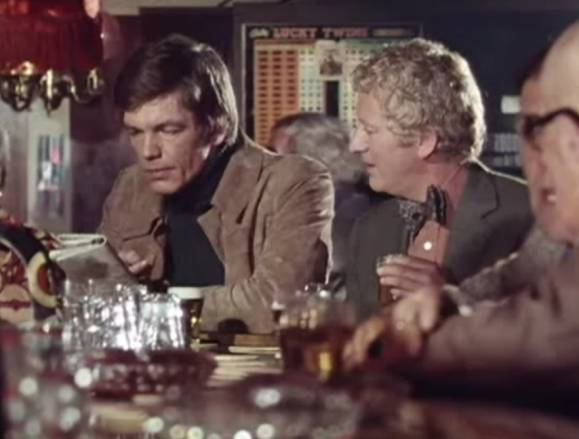 In Everybody Does It Van der Valk investigates a highly profitable trade in stolen goods. Van der Valk’s involvement in the case has a personal aspect when Arlette buys a fur coat for a way too cheap price. Van der Valk discovers that it is not just fur coats that is on offer. 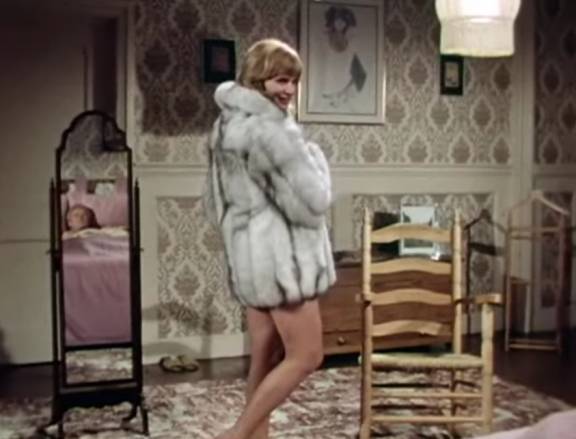 Arlette in the fur coat that sets Van der Valk on the trail of the stolen goods racket.

In order to get to the mastermind behind the operation Van der Valk goes undercover as a villain himself. He makes contact with one of the lower rung members of the group (played by Maurice Colbourne). He then meets two members of the gang, Marijka and Ehrlich, who believe Piet’s talk of a major diamond smuggling operation he is working on.

Convinced that Erlich is not quite the head man he says he is and demands to see the real Mr Big before the deal can take place. In a strange scene Van der Valk is taken by Ehrlich to a deserted former brothel where he “meets” the still unnamed Mr Big. However the meeting involves Mr Big (voiced by Joss Ackland) being able to see Van der Valk but not the other way round. 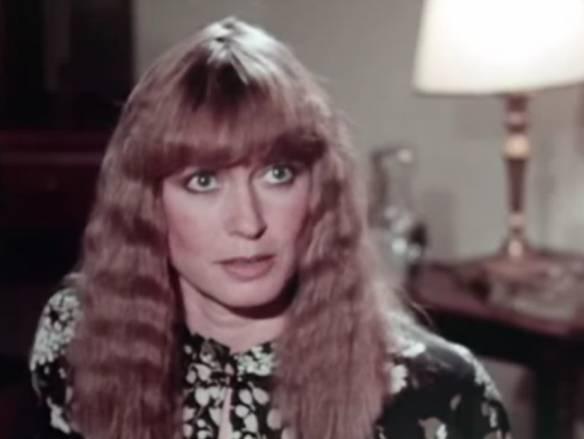 Suzy Kendall and not the best hairstyle she has ever sported (however it was very on trend in 1977).

Unfortunately for Van der Valk Mr Big recognises him and tells Ehrlich to have him killed.

There was a double Van der Valk feature in the week’s TV Times (8 Oct 77 Edition) with a look at the female guests, namely Pippa Page and Suzy Kendall as well as a full page feature on Nigel Stock and his love of ornithology.