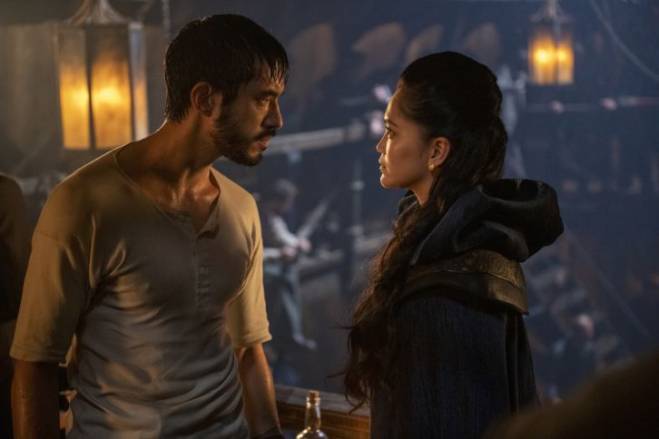 Not for a Drink, a F*ck, or a G**damn Prayer: A guilty Mai Ling (Dianne Doan) tries to make things right with Ah Sahm (Andrew Koji), who’s more intent than ever on seeking revenge. Penny (Joanna Vanderham) finds her business in trouble and learns that Ah Sahm has been using her. Leary (Dean Jagger) gets a warning and offers one of his own. Ah Toy (Olivia Cheng) pays an emotional visit to Nellie’s (Miranda Raison) Sonoma winery. Bill (Kieran Bew) and Chao (Hoon Lee) put their plot against the Fung Hai into action.