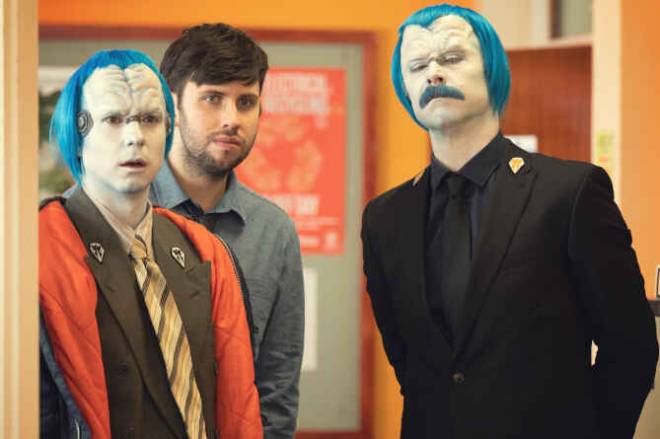 Premiere: Written by Laurence Rickard and Ben Willbond, We Are Not Alone is a new scripted comedy that takes place six weeks after the Gu’un aliens invade and completely conquer Earth.

Declan Baxter plays Stewart, the Gu’un’s official hapless human liaison who gets stuck living with the alien Greggs (Joe Thomas). Stewart must assist the Gu’uns in spreading their message and gaining the support of humanity while also supporting the human resistance and controlling his crush on Elodie (Georgia May Foote).