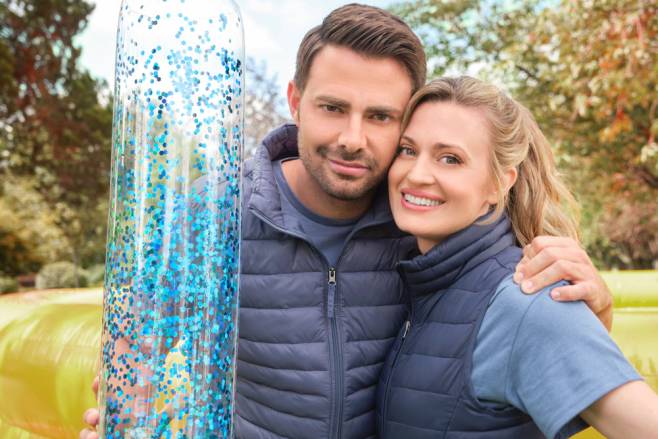 Jake (Bennett) and Darby (D’Orsay), who are engaged, have been together since they were in high school. Lately t hey have become stuck in a rut and have fallen out of love. Darby and Jake accidentally find themselves entered in a “romantic relationship competition” hosted by a well-known national daytime TV show after being nominated by the entire town as they get ready to break the news of their separation to their families.

A televised, all-expenses-paid “Wedding of a Lifetime” is the grand prize! Darby and Jake decide to go on with the show despite feeling awkward playing the engaged couple. Both of them are concerned about disappointing their loved ones, and appearing on the show might help both of their careers. Will Darby and Jake reveal the truth at the end of the ruse and part ways, or will the competition reignite their love?

“Wedding of a Lifetime” is from Lighthouse Pictures. Kristofer McNeeley and Jonathan Bennett are executive producers. Shawn Williamson, Jamie Goehring and Kevin Leslie are producers. Anne Wheeler directed from a script by Greg Baldwin.