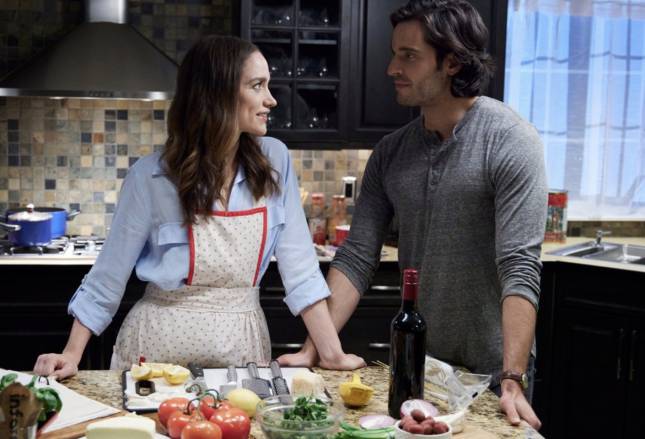 Amy (Scrofano) inherits a restaurant in Brooklyn after “Mama” (Bracco), the owner and Amy’s dear friend, unexpectedly passes away. Amy, who is trained as a restaurant manager, teams up with a charming but slightly egotistical master chef named Frank (di Tomasso), who is looking for a second chance. They hope to honor Mama by relaunching the restaurant for the community that loves it and her so much. Despite Amy and Frank’s differences both personally and professionally, they discover that the most important ingredient for any recipe is always love.