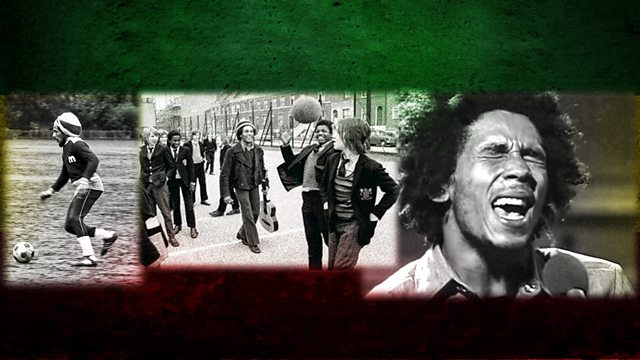 From modest beginnings in the 1970s, Bob Marley rose to become a world-famous performer. It was a journey that included not only his native Jamaica but also Britain, which he eventually came to think of as his second home.

This documentary explores Bob Marley’s unique connection to Britain and shows how his presence influenced British politics, culture, and identity during a period of intense social and civil unrest in the UK. It also shows how his message of universal love and unity inspired a generation of black British youth.

The documentary also shows how Marley spent his time while he was in Britain, including the homes he lived in, his involvement with the growing Rastafarian community in the UK, and secret performances in the north of England. Marley is revealed to have been a fan of Tottenham Hotspur.

Marley made his name as an international performer, made some of his best-selling albums, and gave some of his most enduring concerts in Britain.

Interviews with people whose lives were changed by meeting Bob Marley in the UK are included in the movie. These people include photographer Dennis Morris (who toured with Marley), Aswad star Brinsley Forde, Locksley Gishie from The Cimarons, and film director Don Letts. Marcia Griffiths of Bob Marley’s vocal group The I-Threes was also interviewed.

The most significant performances he performed in Britain are also remembered by those who were present, including early Wailers performances in intimate venues when the group was still relatively unknown, a now-famous acoustic performance in a Peckham high school’s gym, and a triumphant performance at London’s Lyceum Theatre that helped Marley achieve international fame.

Another chance to see this 2020 documentary.