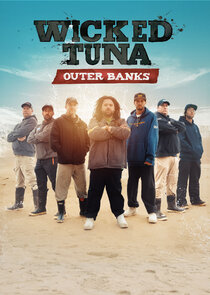 Triple Trouble: The captains do their best to assist one another with catching as much blue gold as they possibly can around the halfway point of blue fin season, a daunting task that proves to be simultaneously challenging and dangerous.

New England’s best bluefin tuna fishermen venture south to North Carolina’s treacherous fishing grounds, the Outer Banks, where they will battle the local fleet for the ocean’s most lucrative prize. A single giant bluefin can be worth more than $20,000 but the dangerous waters, small quota and explosive rivalries make North Carolina’s Outer Banks, nicknamed "The Graveyard of the Atlantic", the most challenging place in the world to catch these elusive fish.