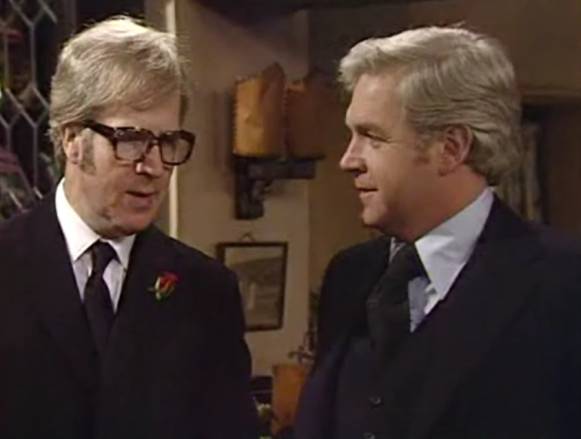 In A Suspicion of Sudden Death Rupert, Amy and Christopher attend the funeral of fellow writer Will Carpenter (Christopher was also his agent). Will supposedly died of a heart attack and when his brother Douglas and sister Alice begin acting strangely over the book that Will left unfinished both Rupert and Amy are convinced there is more to his death than meets the eye.

Another intriguing and fun episode, the excellent character actor Philip Stone, bald for most of his career, sports a rather luxuriant wig here. Very similar to the haircut worn by Rupert. The wig plays an important in the finale. It turns out Will has actually faked his death to claim an insurance pay out. 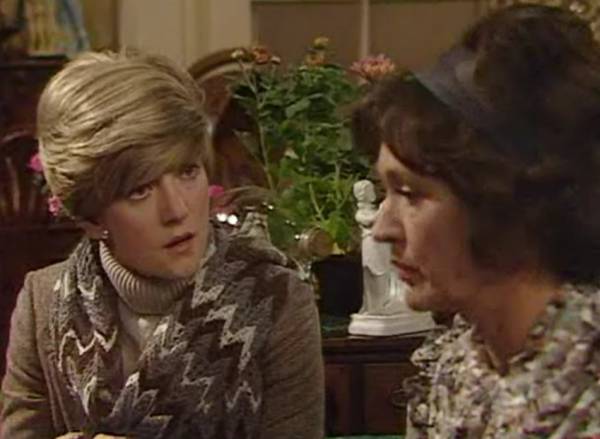