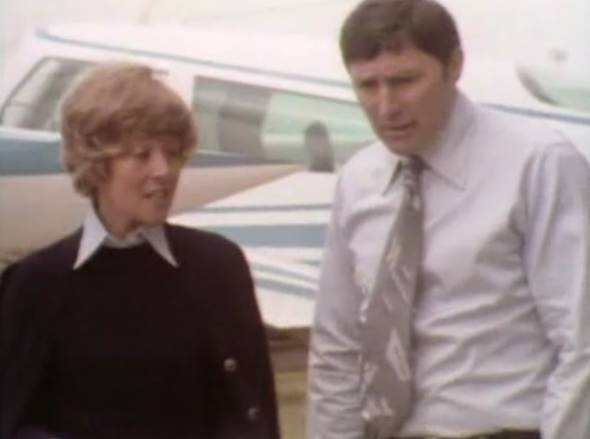 In Some Trust in Chariots, the final episode of the series, it looks like Debbie Stewart, a close friend of Amy’s, may be losing her mind when she keeps seeing her sister who is living in America back in the UK and photographic evidence proves to have something of a ghostly effect.

Of course with a book to write that’s all the info Rupert needs to put his work aside and investigate what is going on. The episode generates quite a spooky feel for much of it, the answer when Rupert and Amy get to it though is more straight forward but still doesn’t end well for Debbie.

There is a slight anomaly when downstairs neighbour Mr Bailey asks Rupert to mind a box of stuff for him as he might be “harassed” Amy seems to have no idea that Mr Bailey is in the “blue film” industry despite having had several conversations about his work throughout the series.

Mela White, who plays Debbie Stewart, is best known for her long running role on Bergerac where she played nightclub owner Diamante Lil. 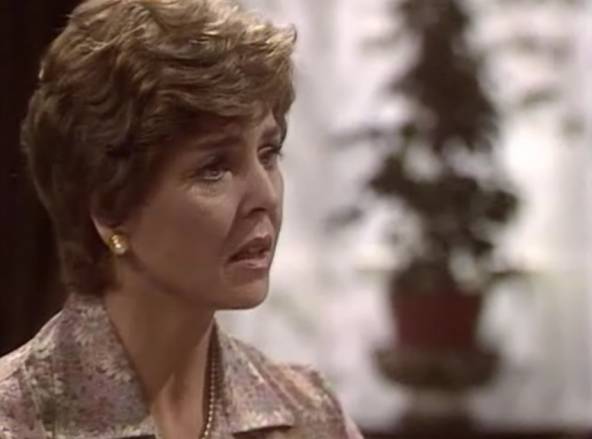 classic quote
Rupert: “Egg soldiers can do amazing things for a man.”
Amy: “If I thought that was true I’d keep ostriches”