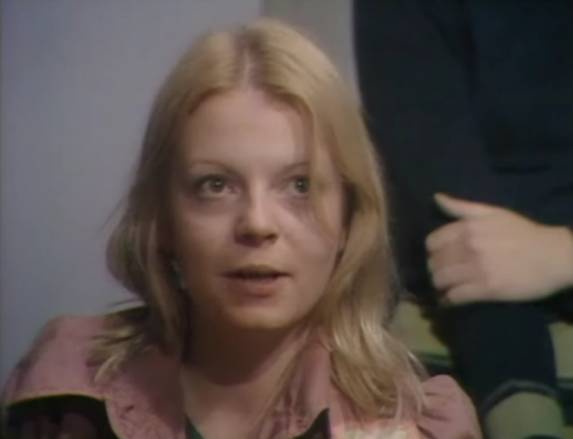 In The Group, Faye is determined to do something about the treatment of the drug addict inmates at Stone Park. She is convinced that substituting one drug for another (in a bid to wean them off their dependency) is not the way forward. A colleague of Dr Mayes, Dr Ormonde, is running a programme of group therapy at St Michaels hospital. Both Dr Mayes and Faye are convinced the programme could work for Stone Park too. However Charles Radley and most of the staff think otherwise.

Faye puts her foot down and the group really starts to have an impact. At least until the troublesome Magda Selby tries her best to disrupt it. The rest of the girls don’t want her in the group but Emma Tapsell has emerged as something of the group leader and persuades them to give her a try.

A strong episode that would have been pretty confronting to the TV audience of the time. There are a few well known faces including a young Roger Lloyd Pack as the doctor friend of Peter Mayes; Cheryl Hall as one of the drug addicts who is very much against the idea and Helen Worth who is best known as Gail from Coronation Street. 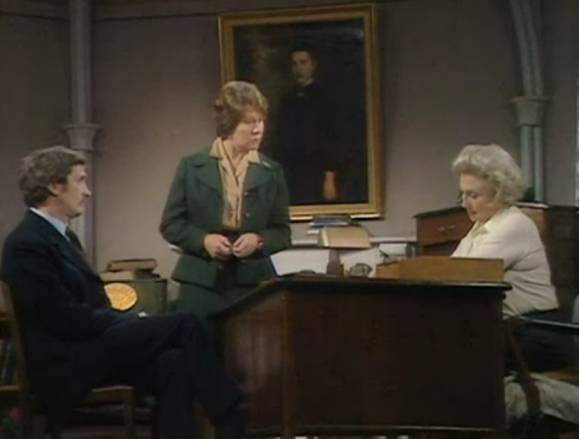 Faye tries to persuade Charles Radley and Mrs Armitage about the merits of the Group Therapy program. Despite their lack of enthusiam Faye insists it goes ahead anyway.

Series: Within These Walls Season 1 Episode 6