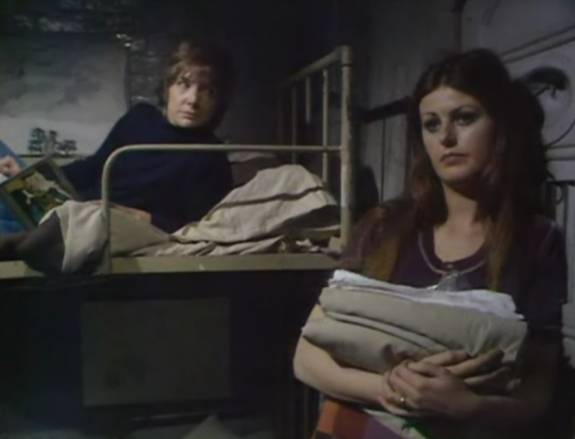 In Prisoner by Marriage Jane Grogan seems well versed in the ways of the prison system but at home her husband Dennis is seriously struggling to cope with bringing up their two children. Jane is more concerned with trying to escape.

Faye’s son Paul has a new girlfriend, an artist, who is keen to know what Stone Park is doing to help with inmates creative urges. Faye is more concerned with 16 year old newly arrived inmate Mary Harris who doesn’t actually have a criminal record but is serial absconder from borstal and reform school. She clearly should not be in the prison system and is very depressed and uncommunicative at all. Dr Mayes tries to get through to her and thinks he is making progress but then Mary tries to kill herself by drinking metal polish.

There is as much time devoted to Faye at home and Dennis Brogan’s problems, these scenes are good at diluting the oppressiveness of the prison atmosphere.

Jane Brogan is excellently played by Pam Scotcher, she usually popped up in tarty type roles in shows such as Villains or Thick As Thieves. Meanwhile art teacher David Jenkins is played by a bearded Colin Baker. He finds himself in trouble after getting a little too friendly with Brogan’s cellmate Isabelle Coyne. 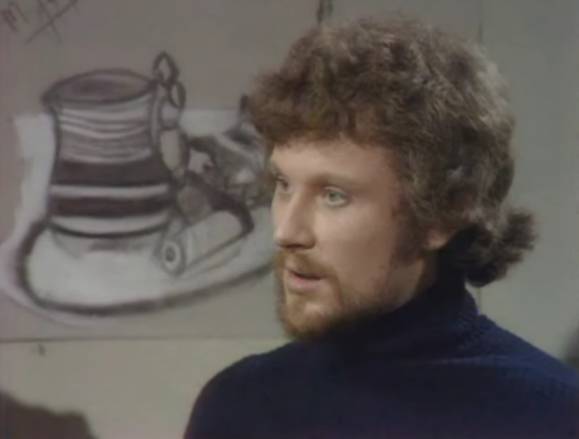 A bearded Colin Baker plays a sympathetic character here – very different to his concurrent role in The Brothers.

Series: Within These Walls Season 1 Episode 5