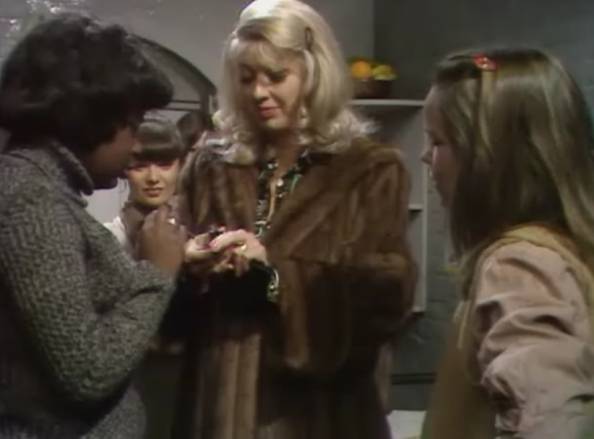 In Remand Wing the episode centres around the prisoner stuck on remand waiting for their trials or transfer to a different type of prison. Mrs Bostock runs the wing and does her best with the constant upheaval going on on the wing but feels she is sinking under the pressure. Meanwhile Stella Kyprianou, a notorious madame, is an expert at stirring up trouble and gathering young girls under her mink lined wing. Her behavior sees her engaged in something of a battle of wits with Faye.

Another inmate, 16 year old Lindy, is also struggling to cope with the demands of the remand wing. The situation isn’t help by a run in with Stella.

Another excellent episode with lots of well known faces appearing including Patricia Haines as the haughty Stella, Jill Gascoine as a sympathetic cell mate of Lindy’s, Linda Robson as another young inmate and the fabulous Pat Heywood as the struggling Mrs Bostock. 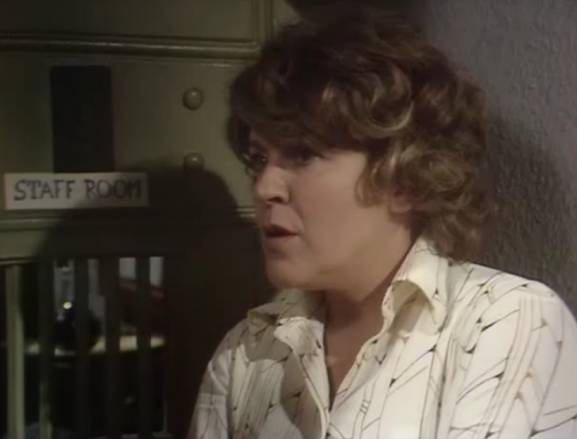 Pat Heywood plays prison officer Mrs Bostock who is in charge of the remand wing.

Series: Within These Walls Season 2 Episode 2