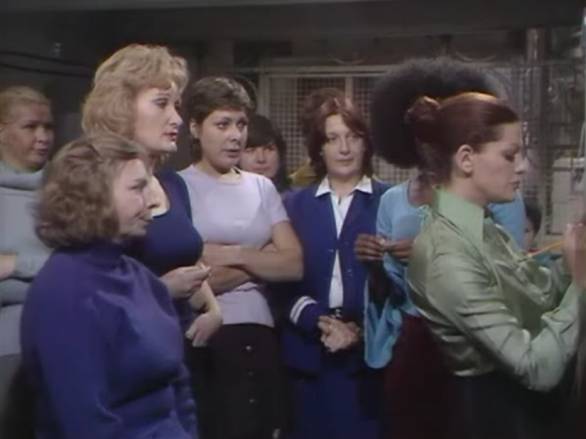 In The Slap there is a tense time in Stone Park when child killer Aileen Cruddley arrives to serve her sentence. Cruddley, who had kidnapped the child as part of an extortion plot, shows absolutely no remorse whatsoever and is very quickly making herself a target in the prison. Aileen manages to badly antagonise Officer Troy, so much so that Troy ends up slapping Aileen across the face. Aileen goes to see the Governor accusing Troy of assault. There were two witnesses, Mrs Spencer and Miss Martin, but Miss Troy claims Aileen is lying. Faye does not believe Aileen and Mrs Spencer and Miss Martin both lie and say there was no slap. In the fall out it becomes obvious that Miss Troy needs an extended break from her job and makes arrangements to visit her sister overseas.

Meanwhile there is a subplot involving a pair of elderly long term prisoners from other prisons who save up their visits to take them at Stone Park so it is not so far for their family to travel to see them. One of them, Molly Pepper, is insistent about being allowed to clean the chapel – it’s really only so she can get access to the cupboard where the communion wine is kept.

As Miss Troy leaves Stone Park for an extended trip to visit her sister in New Zealand there’s a nicely melancholic arrangement of the theme tune that plays out.

A very tense episode with an excellent performance from Geraldine Moffatt as the despicable Aileen Cruddley. She pulls off the incredibly difficult job of making you sympathetic towards her when the prison officers cover up the incident. But she is probably one of the vilest prisoners yet seen in Stone Park. Lynda Bellingham is the most familiar face amongst the guest cast, she plays easy going inmate Yvonne Melton who allows Molly Pepper to take over her job of cleaning the chapel. 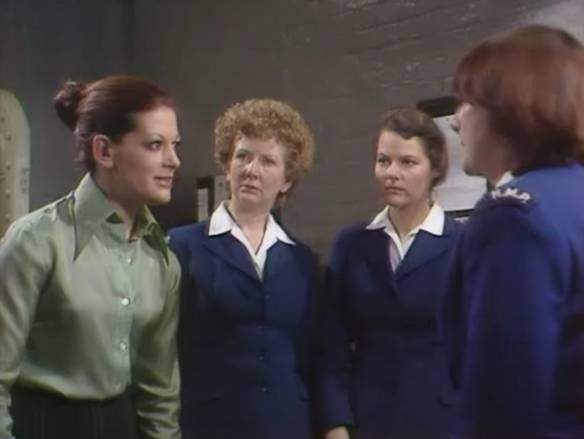 Aileen does her best to goad Miss Troy into hitting her. 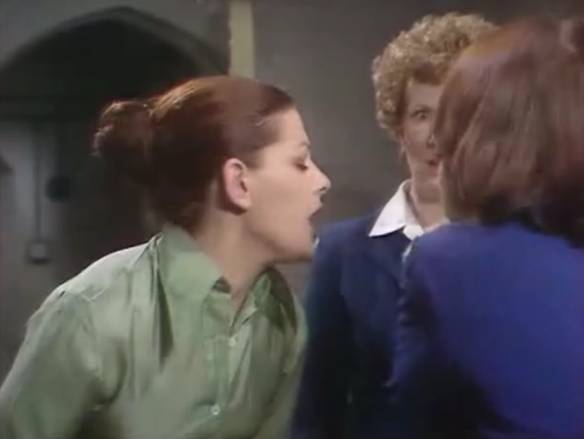 Miss Troy has slapped Aileen across the face. The look of shock on the face of Mrs Spencer says it all.

Series: Within These Walls Season 2 Episode 4