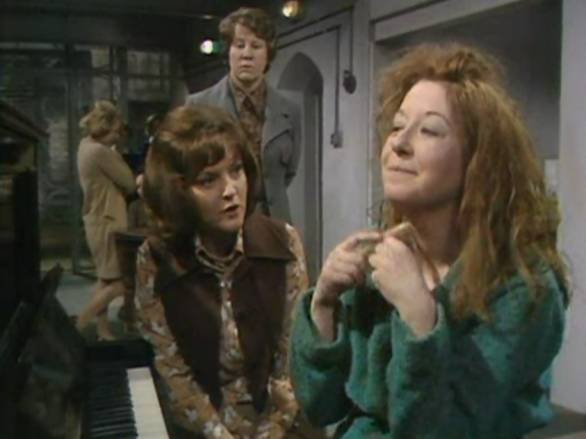 In Tea on St Pancras Station new inmate Shirley is currently on the hospital wing, she has more than a few mental problems and has quite violent tendencies when things don’t go her way.

Dr Mayes thinks Shirley should go under the charge of the tough Martha Parrish but Faye insists she goes under the care of the much softer Janet Harker. It very soon becomes obvious that Miss Harker’s ward is not the right place for Shirley

A strong mark of the show is that it does give reason why Shirley has become who she has become. A very troubled home life and then abandonment. It also becomes obvious that part of her behaviour in Stone Park stems from fear of being on the outside and not having anywhere to go.

Faye is determined to help her and fixes her up with a room in a house owned by an elderly couple, sadly she is simply unable to manage and commits suicide by taking an overdose of pills. It’s another rare glimpse into the personal problems of a prisoner on the outside, mostly any glimpses of life outside Stone Park have involved Faye or Charles Radley.

Series: Within These Walls Season 1 Episode 9