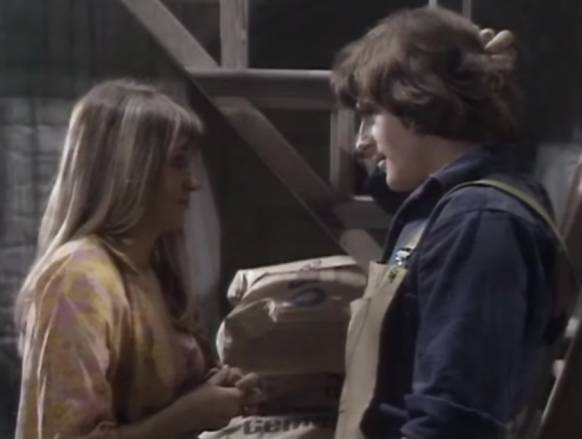 In The Walls Came Tumbling Down Faye Boswell is really showing how progressive her attitude is. Having been given a large sum of money by the government the new Stone Park governor is using the money to revamp one of the wings – making it more open plan and removing much of the oppressive Victorian atmosphere.

It does mean that there are over crowding issues when some of the inmates of South Wing have to be moved elsewhere. It also means there are a lot of male prisoners in the prison as they are the ones who are doing the reconstruction work. Taking a keen interest in making the job go as slowly as possible is Joe Bassett whose wife Margie happens to be in Stone Park.

Some of the inmates are using the opportunity to pass notes and so on. Faye decides to defuse the growing tension by allowing the inmates to wear their own clothes.

There is more insight into Faye’s home life too as son Paul is home from university with new forthright girlfriend Sally in tow. Faye’s husband Bill is somewhat perturbed to discover that Sally may be smoking “special” cigarettes and then Faye finds herself in a predicament when Sally turns up on remand accused of dealing drugs. When Sally refuses to see sense about how much trouble she is in it is Radley who comes up with the solution to making her see sense. He gives her a dose of shock treatment, putting a drug addict going through withdrawal into her cell with her.

There’s a huge amount going on in this third episode, we are getting to know the main players, who is sympathetic and who isn’t. Both amongst the staff and amongst the inmates. 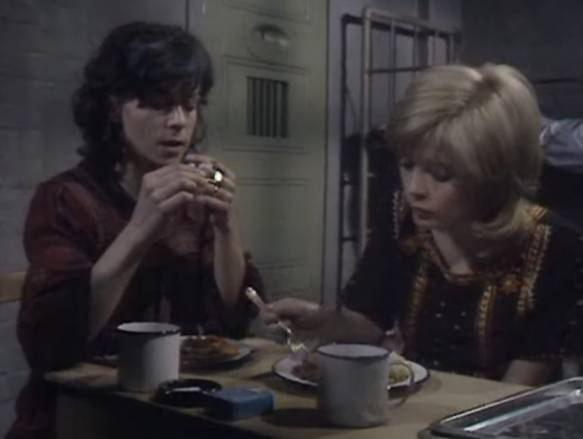 Paul Boswell’s new girlfriend Sally (played by Rosalind Lloyd) is on remand on drugs charging – her new cellmate is a wake up call to the harsh realities of what she got involved in.

Series: Within These Walls Season 1 Episode 3