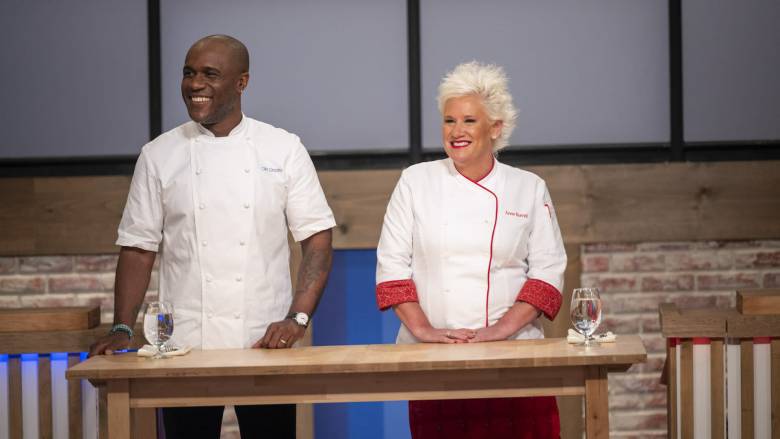 Welcome to the Disaster Zone: In the premiere episode, Anne and Cliff have their work cut out for them as they welcome the kitchen chaos, food fumbles and culinary confusion of the twelve new boot camp recruits.  While some of the competitors know each other, they are all strangers to the culinary arts. To start the competition, the recruits must cook a loved one’s favorite dish to show their skills, or lack thereof, in the kitchen.  For the main dish challenge, they must replicate Anne and Cliff’s takes on a surf and turf dinner – and the mentors are shocked by the disastrous results, but still must pick their teams.

Chef Anne Burrell is back for a seventh season of trying to turn some of America’s worst cooks into kitchen stars. This time, however, the recruits are seven celebrities who can showcase their talents on TV and in movies, but not no so much in the kitchen. Burrell competes against Worst Cooks in America newcomer Rachael Ray to see which chef can lead one contestant to make the most impressive culinary transformation. Actors Dean Cain, Ellen Cleghorne, Jaleel White and Barry Williams join reality stars Jenni "JWoww" Farley, Chris Soules and Kendra Wilkinson in boot camp. The winning star gets $50,000 for charity and bragging rights for his or her mentor. Not all of the celebrities will make the cut, however; after an opening potluck dinner each mentor selects three recruits to be on her team, leaving one celebrity to be sent home before the competition really begins. Burrell is looking to extend her record to 5-2, while Ray looks to get the win in her first season.