In The Strength of the Gemini, smooth talking con-man Paul Derring makes a play for Elizabeth Clarmont. He seems to know everything about the beautiful young woman despite only just meeting her.

It turns out that Derring gets his inside knowledge by sending fake letters to Esther (via her newspaper column), when Esther realises that she has seen very similar letters, all from wealthy young debby types, she persuades Gradley to try and catch him in the act. Esther also goes undercover as Derring’s latest target.

Norman Eshley first tangles with the gorgeous Jenny Hanley but of course he is no match for the combined efforts of Esther and Grad.

In one season sitcom Sob Sisters, two sisters, Liz (Gwen Taylor) and Polly Adams (Dorothy) are forced to share a... 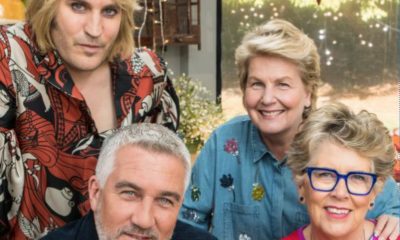 The Great Celebrity Bake Off is back. In each episode, celebrities including Hollywood star John Lithgow, comedian Jon Richardson, Russell...

On Sunday night’s The Block (7.30pm Channel 9) it’s Saturday morning on The Block and everyone is getting ready for...

In the second week of a bold new programme aimed at stopping racism in its tracks, a class of 9–11-year-old...

This week in Shieldinch… guilt weighs heavy on Scarlett as Stevie grieves for the father he never knew; Jessie attempts...

The Richard Gere: Alma is finally making some money by embracing her role as ‘Ruby’ so she decides to treat...

The best of the action from the Eventing European Championships, which took place in Avenches, Switzerland. The British team will...

Of all the mammals admitted to the SSPCA’s National Wildlife Rescue centre, otters are the most difficult to rehabilitate and...

Gulf Coast Vanishings: When a young father disappears in Southwest Florida, his mother retraces his steps and uncovers something ominous...

A Dutch Homecoming: A New York woman is moving back home to Amsterdam to teach her kids about their Dutch...

Ghosts of Great Falls: In 1995, three people from a wealthy Taiwanese family in Virginia disappeared as speculation circulates that...

Maria-Rev: Family members worry that a mother of three will drink herself to death, and details are shared about how...

Mixing Business with Pleasure in Playa del Carmen: A Los Angeles couple wants to start a real estate business in...

Innocence Lost: When 22-year-old Tori Vienneau and her 10-month-old son Dean, are both found strangled in their home in July...

Smashing Success: Mike works on a 1961 Cadillac that he plans to showcase before smashing to pieces during the annual...