BritBox will offer the finest of British programming to Australians in March. BritBox is the place to watch unique and much-loved British programming, from spine-tingling crime dramas to inspiring lifestyle content or hysterical comedies.

BritBox is bringing back ‘Mystery Month,’ which is jam-packed with hair-raising murder mystery favourites, exclusives to keep you on your toes, and new titles that will have you guessing until the very end.

Season additions to the increasing library of popular British detective shows such as Midsomer Murders, Death in Paradise, Grantchester, and Shakespeare & Hathaway, as well as exclusive new premieres, are now available on BritBox.

Set in 1960s rural England, meet Sister Boniface; moped rider, winemaker and St Vincent’s Convent nun. With an IQ of 156 and a PhD in Forensic Science, Sister Boniface has a set of remarkable skills, an extraordinary laboratory ahead of its time, and is the local police team’s secret weapon.
Created by Jude Tindall (Father Brown, Shakespeare and Hathaway). Starring Lorna Watson (The IT Crowd), Miranda Raison (Spooks) and Ami Metcalf (Silent Witness).

‘Geezer diva’ Gary King and his childhood sweetheart Terri, both aspire to achieve social acceptance in their competitive Essex community. Gary hilariously struggles to keep up with his suburban neighbours, has a constant need to impress his old school dad Big Gary, and attempts to fill his big boots.

King Gary is from the creative team behind the BAFTA award winning Murder in Successville.

Each episode of Accused tells the story of a person, or a group, that has been accused of committing a crime, has stood trial and is now awaiting the verdict. Accused is a gripping blend of true-to-life situations, moral dilemmas and intriguing characters.

Accused has received an Emmy and BAFTA TV Award. 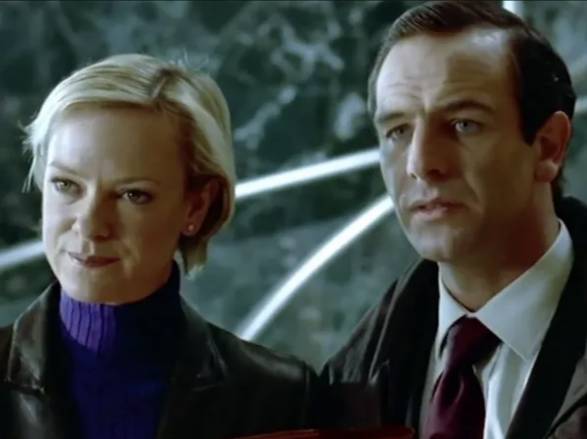 WIRE IN THE BLOOD
SEASONS 1-6, NEW TO BRITBOX, COMPLETE BOXSET

Dr Tony Hill, played by Robson Green (Grantchester), is a gifted yet socially insecure clinical psychologist who treats serial criminals. His acute sense of empathy for both the victim and the perpetrator proves to be an invaluable tool as he gets inside their minds to solve crimes.

Working closely with Detective Inspector Alex Fielding of a Major Incident Team in West Yorkshire, their set of skills can track down a killer in each episode.

Inspector George Gently, played by Martin Shaw (The Long Call, The Professionals) is an old-school detective that is determined to take down notorious gangsters and bring their crimes to justice.

However, the incorruptible Inspector Gently witnesses the shifting social and political changes of the 1960s and how the lines between the police and criminals have become increasingly blurred.