If there’s a classic sitcom showing somewhere right at this moment, chances are good that the name David Croft is in the credits. If not, someone in the cast or maybe even the director probably got his or her start in a Croft show. Here Memorable TV takes a look at the career of one of British comedy’s most prolific writers/directors/producers.

Hugh And I (1962-1967) – This long-running sitcom was about a bachelor who still lived at home with his mother. Instead of working, however, he would rather plot his get-rich quick schemes Starred Terry Scott, Hugh Lloyd, and Mollie Sugden as Mrs. Crispin.

Up Pompeii! (1970) – Croft produced the first season of the adventures of Ludicrus Sextus, a Roman slave played by the great Frankie Howerd. It carried on the Carry On tradition of innuendo and bad gags, but unlike other Croft sitcoms, this is not an ensemble piece, but a star vehicle for Howerd.

The cast of the much loved Dad’s Army. A big screen version starring Toby Jones and Bill Nighy has been made.

Dad’s Army (1968-1977) — Next to Are You Being Served? this was probably Croft’s most durable hit series (indeed so much so that a big screen reboot will soon be upon us), written with Jimmy Perry. This sentimental favorite among British TV viewers followed the misadventures of an aging, ragtag Home Guard squad doing their best to defend England during World War II. Here Croft established his penchant for creating sitcoms each with a large cast of eccentric characters.

Are You Being Served? (1973-1985) – The unforgettable staff of Grace Brothers Department Store, and the ongoing conflicts between the Gentlemen’s Ready-to-Wear and Ladies’ departments, enabled AYBS? to become one of the most popular of all Britcoms seen in America. Croft created this series with Jeremy Lloyd, who once worked in a department store on which Grace Brothers’ was based.

It Ain’t Half Hot, Mum (1974-1981) – This series, written with Jimmy Perry, is unfamiliar to most Americans, but was another favorite in Britain. Set in India during World War II, the heroes were a motley bunch of performers called the Royal Artillery Concert Party, who find it as difficult to follow army decorum as it is to live with India’s climate.

Come Back, Mrs. Noah (1978) – This short-lived series (only six episodes), written with Jeremy Lloyd, starred Mollie Sugden as a housewife in the year 2050 who accidentally ended up stranded aboard an orbiting space station called the Britannia 7, along with a TV reporter and a near-incompetent crew. Okay, perhaps the premise was just slightly improbable, but the slapstick sequences kept things hopping, especially when the reluctant inhabitants of the space station encountered unfamiliar technological gizmos. (Gorden Kaye, who opens each episode as a news anchorman, later starred in ‘Allo, ‘Allo!)

Hi De Hi! holiday camp life in the 1950’s was the setting for this sitcom.

Hi-De-Hi (1980-1988) – Another large, colorful cast of characters greets us as we enter the world of Maplin’s Holiday Camp. The year is 1959, and timid Jeffrey Fairbrother must oversee the unpredictable entertainment staff of the resort, as they instigate various schemes, often involving unsuspecting guests. Written by Croft and Jimmy Perry, this long-running series starred the late Simon Cadell (David Croft’s son-in-law) as Fairbrother.

‘Allo,’Allo! (1984-1992) – Set in a small French town called Nouvion during the Nazi occupation, this series followed the exploits of humble cafe owner Rene Artois. Rene’s cafe becomes a safehouse (over his objections) for the French Resistance while he must, at the same time, keep the occupying German generals happy.

This is perhaps the only sitcom in TV history that can truly be described as an “epic.” With a regular cast of twenty, extensive location shoots, an absurdly complex plot, and almost indescribable silliness, this series reached comic heights that few others have matched before or since. Written with Jeremy Lloyd, Croft made one of his long-time supporting players, Gorden Kaye, a bona fide star as the hapless Rene.

You Rang, M’Lord? (1990-1993) – This series, co- written with Jimmy Perry, was a satire of the famed Upstairs, Downstairs drama. Each of the 50-minute episodes found Lord Meldrum and his family, perhaps best described as Upper Class Twits, spending most of their days enjoying the life of the idle rich – that is, when there isn’t some unexpected family scandal to deal with. The household servants, under the stern eye of James Twelvetrees, regularly outwitted their employers, but also came to their aid whenever a crisis broke out – which was quite often. The 1920s clothing, cars, and home interiors faithfully recreated the period.

Many of the actors David Croft chose to work with had one thing in common and that’s a theatrical background. In Britain, the idea of a “repertory company” was well established, with a group of actors working together on a number of different productions.

Croft brought this concept to television and worked with the same people numerous times, allowing him to learn their strengths as a performer and to write to those strengths. Here’s a partial list of careers he has helped along:

Nicholas Smith – Up Pompeii! (guest star), Are You Being Served?

Frank Thornton – Hugh and I (guest star), Are You Being Served?

Mollie Sugden – Hugh and I, Are You Being Served?, Come Back Mrs. Noah

Harold Bennett – Dad’s Army, Are You Being Served?

Michael Knowles – It Ain’t Half Hot Mum, Dad’s Army, Come Back Mrs. Noah, You Rang, M’Lord?, Are You Being Served? (guest star and script writer) 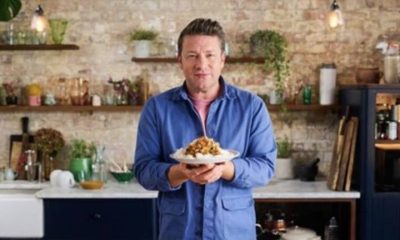 After a successful one -off episode, Channel 4 has given Jamie’s £1 Wonders a full series order. The 6×60 minutes... Today Wednesday February 1, 2023, there is a new episode of The Late Show with Stephen Colbert. Harrison Ford, Vic... 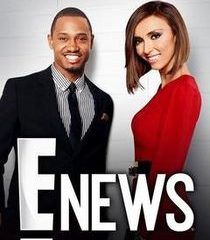 Today Wednesday February 1, 2023, there is a new episode of Dirty Old Cars. Rolls To Riches A long-lost Rolls-Royce... 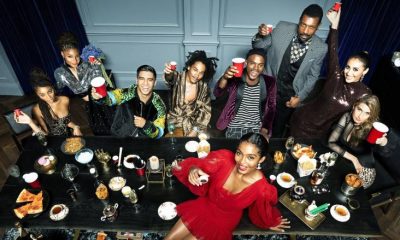 Today Wednesday February 1, 2023, there is a new episode of Homicide Hunter: American Detective. The Creek When the body... Today Wednesday February 1, 2023, there is a new episode of Trafficked with Mariana van Zeller. Ghost Guns The industry... 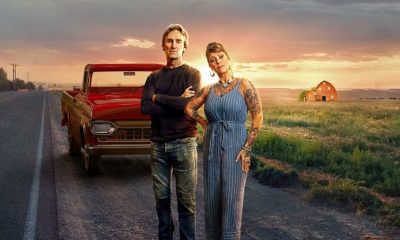 Today Wednesday February 1, 2023, there is a new episode of American Pickers. Corvette Me Not Mike is on the... Today Wednesday February 1, 2023, there is a new episode of Still a Mystery. Suffer the Children The search for... 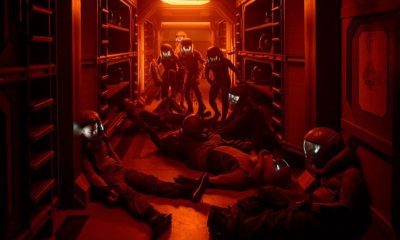 The Ark Everyone Wanted to Be on This Ship (Syfy Wednesday February 1, 2023)

Today Wednesday February 1, 2023, there is a new episode of The Ark. Everyone Wanted to Be on This Ship... 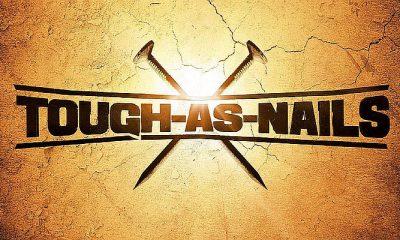 Today Wednesday February 1, 2023, there is a new episode of Tough As Nails. Rise and Grind In this crew...

Today Wednesday February 1, 2023, there is a new episode of Dirty Old Cars. Hurst So Good An old and...