Everyone knows the first line and hardcore fans can easily finish the opening theme to Are You Being Served? They can also tell you that the voice heard is that of Stephanie Gathercole, who played Mr. Rumbold’s first secretary. In a pinch, they can probably also tell you what color Mrs. Slocombe’s hair was in any given episode and recite good chunks of the dialogue verbatim.

Are You Being Served? inspires that kind of rabid loyalty amongst fans, who never tire of its lasciviousness laced with innocence, the outrageous characters and costumes, the chemistry of the cast, and its contagious sense of fun.

On the other hand, it must be said that AYBS? inspires the opposite reaction in a lot of people. There seems to be no middle ground – you either really love it or you absolutely despise it.

What is there not to like, according to its detractors? It is not politically correct – leering and smutty in a Benny Hill sort of way. The jokes are old, obvious, cheap, and tedious, not to mention the fact that the scripts rely on innuendo as well as stereotypes such as the effeminate Mr. Humphries and the battle-axe Mrs. Slocombe, who was as brassy as her ever-changing hair color.

Nevertheless, for years the adventures of the staff at Grace Brothers has reigned as one the most popular sitcoms ever and is still seen regularly around the world including the US and Australia and in the US particularly there is no denying that along with Monty Python’s Flying Circus, AYBS? is the program that most comes to mind when Americans hear the phrase British comedy.

GENESIS OF A SITCOM CLASSIC

AYBS? is just one of the many programs from the mind of writer/producer/director David Croft. Croft has collaborated with a number of writers during his long and illustrious career, and this time he worked with Jeremy Lloyd.

Lloyd came up with a pilot called Fun in Store after he returned to England from a stint in California writing for Rowan and Martin’s Laugh-In. For inspiration, Lloyd drew on memories of his tenure as a sales assistant at Simpson’s Department Store – a job he lost when he was caught selling soft drinks from a fitting-room.

Croft liked the idea a lot but changed a few things (such as adding the women’s department), called in a few debts he was owed, and Are You Being Served? sprang to life. The pilot was shown as a one-off as part of the Comedy Playhouse series.

The airing of the pilot was tinged with sadness because it was shown as a last minute replacement when the massacre of Israeli athletes caused a postponement of the Olympics. It wasn’t until almost a year later that the series proper began.

Croft chose his cast wisely and for the most part they were actors he’d worked with before and each cast member became indelibly identified with their role.

AYBS? harkens back to a time in British society when everyone knew his or her place and there was little questioning of authority or the hierarchical structure of society. At Grace Brothers, the division between the management and the rest of the staff was strictly adhered to, even down to having separate canteens and washrooms.

Top dog was Young Mr. Grace, the frail owner of the store who came equipped with a stream of sexy nurses and secretaries. When Harold Bennett became too ill to continue in the role, his place was taken by Kenneth Waller as his brother, Old Mr. Grace.

Next in this pecking order was Mr. Rumbold, the store manager, who often found himself having to mediate staff quarrels but somehow never getting the story quite right. His physical appearance makes the staff treat him sometimes like the unattractive teacher students made fun of at school, but you get the impression that he’s a decent sort, though maybe not authoritarian enough for such an important position.

High-ranking person on the sales floor was Captain Peacock, whose job it was to direct customers to the appropriate department and clerk. Though he was only in the catering corps, Captain Peacock took his military background and authority seriously, even though his eye for the ladies sometimes got him in trouble.

There was even a pecking order among the sales force. Overseeing the men’s department was Mr. Grainger, a grandfatherly figure who had a tendency to catch 40 winks during staff meetings and while at the counter. After he left, he was replaced by a series of employees including Mr. Tebbs and Mr. Goldberg.

Mr. Grainger oversaw two men. First, the gregarious, ever-cheerful Mr. Humphries, whose mincing walk and sometimes flamboyant attire made him a magnet for attention and laughs. Mr. Humphries was a very social person, close to his mother, and definitely someone you’d like to invite to a dinner party.

Every sitcom needs a charming ladies man and Mr. Lucas filled that bill. Not that he ever got very far with the ladies at Grace Brothers, mind you, but he sure had a good time trying. Mr. Lucas also served as the official Grace Brothers behavior problem, smoking when he shouldn’t and attempting to explain why he was late or running in at the last minute.
When Mr. Lucas left, his spot as the thorn in Mrs. Slocombe’s side went to Mr. Spooner.

Ladies’ Separates and Underwear was headed by Mrs. Slocombe, a sharp-tongued woman of a certain age who still had an eye for the men.

She could often be heard gossiping about her nights out with her junior assistant, Miss Brahms, who herself seemed to have a very active social life. Miss Brahms could definitely hold her own and shut down any undesired male attention, which usually came from Mr. Lucas.

The maintenance men occupied the bottom rung at Grace Brothers. Mr. Mash was first, followed by Mr. Harman. They were the “untouchables” in this caste system, not even allowed on the sales floor when the store was open. However, they were the voice of rebellion and anarchy in this system and they secretly knew that they were more important than probably anyone else in the store.

The interplay between these various characters and allowing the eccentricities of each to shine through is part of the reason why AYBS? was so successful. Despite the fact that yes, it is definitely not politically correct, at its core is an accurate portrait of Britain at the time.

AYBS? gave us no moral quandaries amongst the laughs but that’s ok. There’s nothing wrong with harmless, innocent, silly fun, and that is what AYBS? provided in abundance.

1973 – Season One
Mr. Lucas learns the art of “kneeing” in Dear Sexy Knickers.

The staff bonds as a transit strike forces them to spend the night at the store in Camping In.

Joanna Lumley (the former Mrs. Jeremy Lloyd) makes the first of her appearances on AYBS? as the woman demonstrating His and Her perfume.

1974 – Season Two
The staff is forced to work under very chilly conditions, but finds creative ways to stay warm in Cold Comfort.

Security cameras help find out who’s doing the stealing in Big Brother, but the staff soon wearies of being watched.

The staff celebrates German Week with one of their very best silly dances.

1976 – Season Four
Now it’s Mr.. Grainger’s turn to try life at the top in Forward Mr. Grainger. The rest of the staff, however, doesn’t particularly like his personality change.

The first of Captain Peacock’s marital woes appears in Oh What A Tangled Web, when he is wrongfully accused of cheating on his wife with Mr. Rumbold’s secretary.

The staff are given a new view of the store when they take over the toy department in A Change Is As Good As A Rest.

1977 – The Movie
The staff receives a well-deserved holiday on the Costa Plonka but get caught up in a revolution during Are You Being Served? The Movie. (Yes, that is Andrew Sachs, better known as Manuel from Fawlty Towers, playing another Spaniard.)

Mrs. Slocombe suffers another romantic setback when left at the altar by her Greek fiancé in Do You Take This Man?

Young Mr. Grace celebrates another birthday and is entertained by the staff in Happy Returns.

1979 – Season Seven
Mr. Goldberg replaces Mr. Tebbs in the menswear department, much to the dismay of Captain Peacock, in The Junior.

It’s Mrs. Slocombe’s turn to move up the ladder temporarily when she replaces an ill Mr. Rumbold in Mrs. Slocombe, Senior Person.

The staff ends up manning the cafeteria after they rebel against the canteen workers in Anything You Can Do.

Mr. Lucas bows out after The Punch and Judy Affair.

1980-1981 – Are You Being Served Down Under
Australia opens its own “branch” of Grace Brothers with a mostly successful adaptation. John Inman reprises his role as Mr. Humphries but no other original cast members take part in this series. The scripts were based on episodes of AYBS? and adapted by Jeremy Lloyd.

1981 – Season Eight
More marital woes for Captain Peacock when he suspects his wife of having an affair with Mr. Rumbold in A Personal Problem.

The staff rebels when they are asked to take a pay cut in Sit Out.

Could Mr. Humphries be the Heir Apparent to the Grace Brothers fortune? Only his mother and Old Mr. Grace know for sure.

1983 – Season Nine
Mr. Humphries has a falling out with his mother and leaves home in Conduct Unbecoming.

The staff once again fears that they won’t get an increase in pay and that the Japanese are going to take over the
store in Monkey Business.

Mrs. Slocombe loses her pussy and begins to see Mr. Humphries as a viable substitute for her affections in Lost
and Found.

1985 – Season Ten
Will her illness and the store’s new early retirement policy signal the end of Mrs. Slocombe’s career? After working with her replacement, the staff hopes it’s not Goodbye Mrs. Slocombe.

Mr. Spooner may not be popular with the management at Grace Brothers because of his tardiness, but he appears
on television and becomes The Pop Star.

1992 – 1993 – Grace and Favour/Are You Being Served? Again!
Grace Brothers closes and the staff finds that their pension money was used by Young Mr. Grace to buy a run- down manor house. Young Mr. Grace has now passed away from a heart attack brought on by his nurse, Miss Lovelock, so the house has been made into a hotel run by Mr. Rumbold. The staff has no option but to try and run it themselves, which they do for two series of Grace and Favour. (Known in the States as Are You Being Served? Again!) 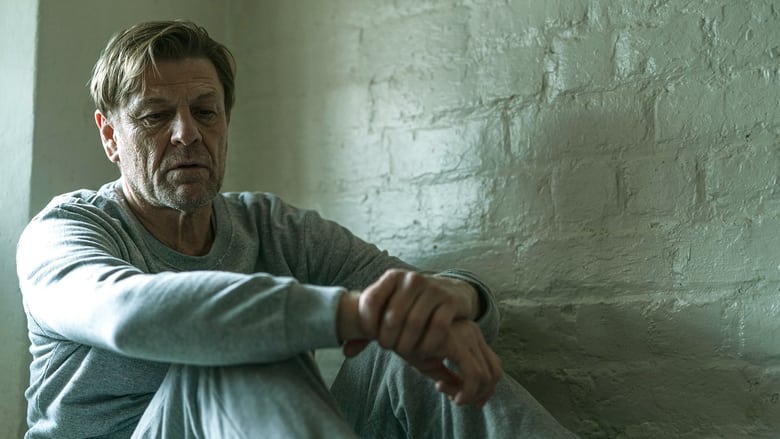 In the final episode of UK drama serial Time, Mark suffers a tragic personal loss and is given the chance...

In the second series of Extraordinary Escapes, broadcaster Sandi Toksvig will again make us laugh and lower our heart rates... 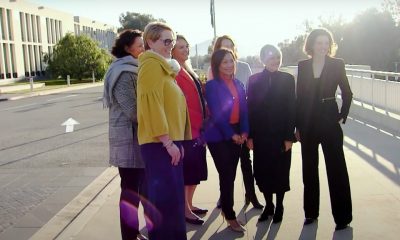 A Place in the Sun: Albufeira, Portugal Today Friday 19 August 2022 on Channel 4

What’s happening on the Albufeira, Portugal episode of A Place in the Sun Today Friday 19 August on Channel 4;... What’s Happening on the Moneybags Today Friday 19 August on Channel 4; It’s the final episode of the week and... What’s happening on Homes Under The Hammer Today Friday 19 August on BBC One; Martin is visiting a two-bed mid-terrace...

What’s happening on Home and Away Today Friday 19 August on Channel 5; After an awkward interaction with Naomi, Nikau...

What’s Happening on Hollyoaks Tonight Friday 19 August on Channel 4; Tension is in the air as Sienna (Anna Passey)...

What’s happening on Homes Under The Hammer Today Thursday 18 August on BBC One; Martin is in Stoke-on-Trent to check...

What’s Happening on the Moneybags Today Thursday 18 August on Channel 4; The celebrities return for the penultimate show of...

A Place in the Sun: Villamartin, Spain Today Thursday 18 August 2022 on Channel 4

What’s happening on the Villamartin, Spain episode of A Place in the Sun Today Thursday 18 August on Channel 4;...