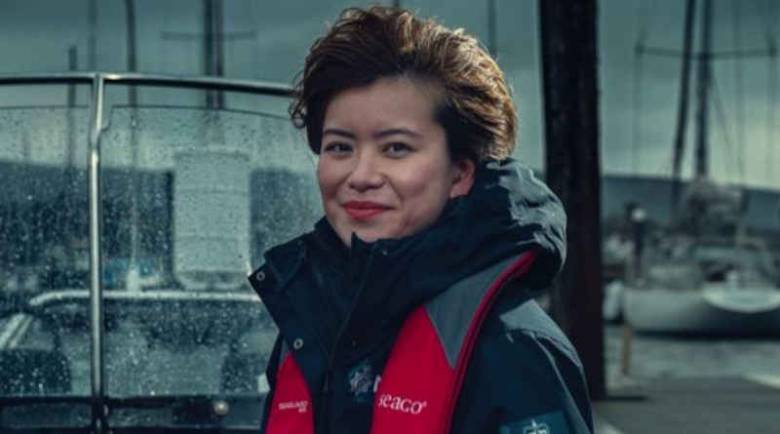 Q: What attracted you to Annika?

A: Being in Scotland for starters being Scottish, working with Nicola and having the chance to play a combination of drama and comedy – all that really appealed. It’s also very different from any police dramas I’ve ever seen.

Q: How would you describe your character, DC Blair Ferguson?

A: She’s brilliant, easily the most intelligent person on the team. She’s smart, she gets the job done, and she really cares about her co-workers. She’s quite quirky and has a strange sense of humour that no one gets, but that doesn’t bother her. She’s really cool!

Q: How would you characterise Blair’s relationship with Annika?

A: Annika is the only one in the team who would make Blair feel that she has to up her game. Annika is someone she would aspire to become. It is not so much a maternal relationship – Annika is more like a mentor and a friend to Blair, someone Blair can have banter with whilst also knowing she can rely on her for support.

A: Oh my goodness, I only have amazing things to say about Nicola. She’s an awesome human being. I don’t know where to start. She made me feel very safe, and that’s really important on a production. Sometimes, I would get anxious, but it always felt reassuring to be around her.

Q: Tell us about her work as an actor.

A: She is incredible, always in the present. She is able to take me out of myself so I can focus on the work. I love my scenes with her. Everything looks improvised because she’s so effortless and brilliant at what she does.

Q: How does Blair get along with Tyrone?

A: Sometimes she clashes with him, but only because both know the other can take it. There is a natural competitiveness between them, that motivates them to become better detectives. They have a lot of love for each other.

Q: Did working on Annika change your view of the police?

A: Yes. Before this, I had a very limited idea of what a police officer’s job entailed. But playing Blair has increased my interest in the work that detectives do and their attention to detail.

Q: Did you enjoy working in your native Scotland?

A: Absolutely. If I’d have been stuck in London during the pandemic, I wouldn’t have been able to see anyone. But shooting in Scotland, I was able to spend time with my family, which was a real bonus.

Q: You were filming in winter in Scotland. Did you have to contend with adverse weather?

A: Definitely. I’m not gonna lie, it was pretty tough. I hate the cold. Filming in those conditions was not ideal, but the Scottish locations were so beautiful that you soon forgot all about the chilly weather!