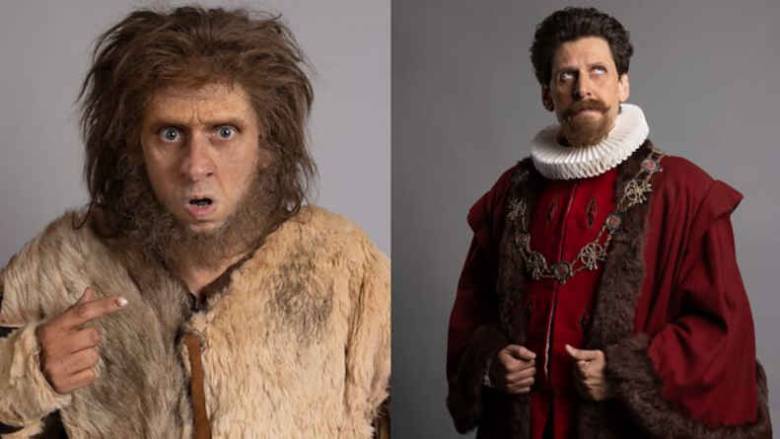 Why have viewers warmed to the show so much?

I think we have found a tone that works for the whole family, which is nice and relatively rare in sitcoms. Our aim was to make something that kids would watch which their parents wouldn’t roll their eyes at, or the other way around. We wanted to produce a show that neither would find embarrassing.

Families do watch it together, don’t they?

Yes. We always hoped that would be the case because so much of what we watched growing up, we would watch like that. And then over the last 15 to 20 years, there was less and less of that. Comedy got a bit ghettoised. Comedy was a thing for grown-ups and then there were kids’ shows, and ne’er the twain shall meet. We were keen insofar as possible to blur that line.

What is it about the characters in Ghosts that people love?

The fact it’s an ensemble means that you can pick your favourite. One of the nice things about the show is that when you meet people in the street, they say, “We really love Ghosts, and our favourite character is X.” You very seldom hear the same name. Everyone’s got their own favourite. That’s one of the advantages of having a real ensemble piece. It’s written in such a way that each character is given enough room to breathe, so that you can understand each of them and pick your favourite.

Do you think the ghosts themselves are a bit like a dysfunctional family?

Absolutely. When we were first planning for series one, there was that sense that we approached them in that way and broke down who’s the annoying older brother and who’s the weird, slightly unpredictable uncle. Obviously, we had Lady Button and the Captain as the starchy parents.

Does it also conform to the sitcom trope of characters being trapped together?

Definitely. In some ways, it is just that classic sitcom thing of unalike people who are stuck together in a situation they can’t leave. Our characters are obviously very unalike and very stuck! But also, there is that family dynamic. They’re not technically family, but they may as well be because they’re people stuck together, whether they like it or not.

How would you sum up Robin?

He’s such a wild card. Sometimes he’s like a very base family dog. And at other times, he’s like the smartest guy in the room. Because even though the speech centre of his brain is the size of an acorn, he’s seen everything. So in terms of amassed knowledge, there’s very little that he hasn’t come across before. In this series, we get to explore grief with each of the characters and how they view it. And Robin’s view of grief is so different to everyone else’s because he’s just seen a lot of people dying and he’s had to grow quite a thick skin.

Do you think escapism is very important in these difficult times?

Absolutely. That’s one of the great things about comedy. There’ve been comedies that I’ve watched in darker times that feel like a comfort blanket. We’ve always wanted to do something that provides that. I remember a conversation when we started shooting a series in the middle of the pandemic. There was always that discussion about whether or not you should bring the pandemic into the show. And we thought, “People are coming to Ghosts to escape that sort of reality. We will keep to the reality where there’s no overt reference to things like that.” Ghosts is comforting and escapist. It is a magical version of now.