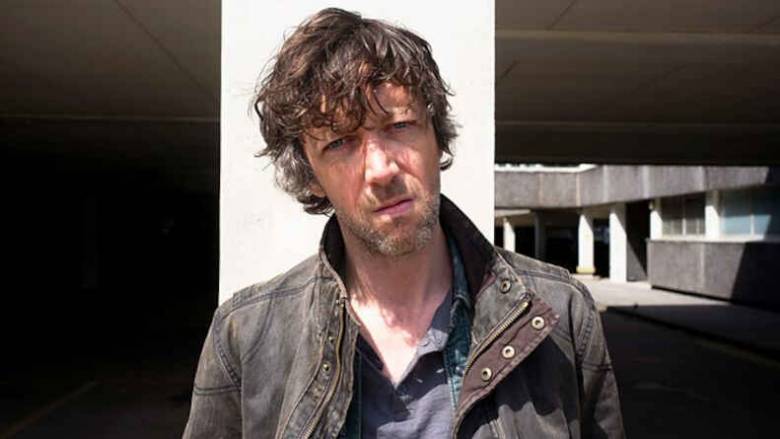 What can you tell us about the new series of In My Skin?

The new series more or less carries on where the last one ended. More of the same, more of everything. When it comes to a series as good as In My Skin, more is definitely better. We continue with Bethan on her difficult journey through her school and home life. More tears. More laughs.

How would you best describe your character?

Dilwyn is a nasty piece of work. He turns on the charm when out of the house and may be quite charismatic around others, but once he’s in his own abode surrounded by the ones he purports to love, the brooding miserable monster rears his head. Poor Bethan can’t do any right in his eyes and he’s vile to his long suffering wife. He becomes a bit of a stroppy spoilt child around his mother and behaves more like a teenager. He’s awful. Disgusting and horrible. An absolute joy to play!

Personally, I think what makes Dilwyn worse is that he’s such a skinny, scrawny, sinew-y man. I think most of the audience think they’d be able to put Dilwyn in his place and that may make them hate him more. In real life I reckon Jo Hartley would knock me out. Gabrielle definitely would. I wouldn’t dream of taking my chances with Di either. I’d just run away.

How is Dilwyn’s relationship with Trina and Bethan in this series?

Dilwyn’s never had much of a relationship with Bethan and the bond between him and Trina continues to dwindle. Dilwyn is a manipulative bully and revels in the misery of his wife and daughter.

Are you ever shocked at Dilwyn’s behaviour towards Trina?

100%. I think it’s an extremely important aspect of the series. Domestic violence is a conversation that needs to be brought to the table, not brushed under the carpet.

Are the scenes between Dilwyn and Trina difficult to film?

Jo Hartley is an absolute joy to work with and I have nothing but respect and admiration for her. Working with such professionals is a doddle even when the scenes require full-on physicality and emotion. We’ve shared some pretty tough scenes but they’re much easier when your partner in crime is as committed as Jo is.

What was it like being back on set filming series two in Wales?

I live in Cardiff so filming In My Skin is as local as they get for me. I love being on set and knew quite a lot of the crew as we’ve worked together on other series in the past. One of the aspects I love about my line of work is meeting new people in new places but it’s always a pleasure to see some familiar faces and old friends.

What reaction did you get to the first series?

I think In My Skin is seen as somewhat of a hidden gem. Those who have seen the series rave about it and you only have to see the mountain of awards the series has already won to appreciate how successful and critically acclaimed it is. Normally, people like to tell you what they haven’t enjoyed about a series or what should have been done differently. However, with In My Skin people just tell me how much they enjoyed it and ask when the next series is. Oh, and they like to tell me that I’m horrible too.

How would you describe In My Skin to someone who hasn’t seen it before?

In My Skin is a raw, loveable rollercoaster of emotions which will leave you crying and laughing in equal measure. It’s a slice of life that may offer a mirror to some of our own experiences. It’s short and punchy and will leave you wanting more.

What do you think makes In My Skin such a compelling watch?

We’ve all been to school and whether you enjoyed it or not, you’ll recognise some of the experiences Bethan encounters. We were all young once, making mistakes, living, laughing, loving. There’s a continuous sense of jeopardy to In My Skin. With every new lie Bethan tells, the tension grows and grows. You’re left waiting for her world to explode, but as she’s such a likeable character, you hope it never does.