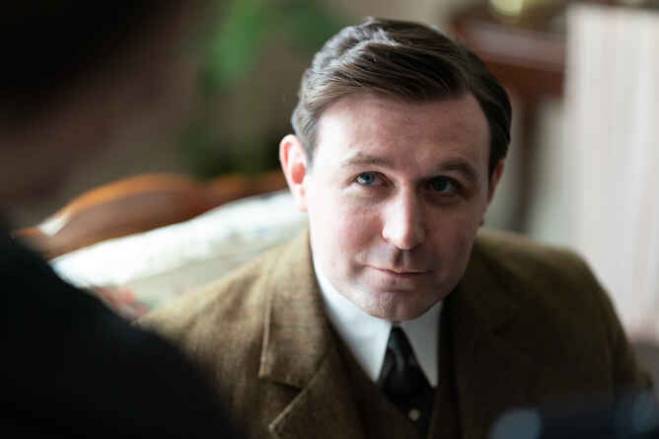 Tell us about Life After Life and your character, Hugh.

Life After Life is a four-part drama that takes you through the life or many lives of Ursula Todd, who’s part of the Todd family. Every time, we basically follow this character until she dies and then we start her life again and she gets several attempts at life. Hopefully, it gets a bit better and she is wiser with each try.

Hugh is Ursula’s father, and we meet him at 29 through when he is a 60-year-old. I was horrified that they were more concerned with making me look 29 than 60! Hugh ends up having five children. He gets called up for war service in World War One and it really changes him. In a weird way, I think he’s one of the characters that deal with the changes in life better, because all he cares about is his family, due to the war. For Hugh, his resolve becomes much more about keeping this family together and it’s all he cares about. He’s a selfless, gracious man and there are a lot of Todds!

Tell us about his relationship with Ursula and how it develops.

He falls in love with her the moment he sees her and calls her his little bear. I know you’re not meant to have favourites with your children but he has a real soft spot for her, as she’s a bit odd and she seems to have an inkling that she is repeating these lives again and again. He doesn’t judge her or think it’s weird. In fact, I think it gives them a special bond.

Tell us about the casting of your wife Sylvie.

Sian Clifford plays my wife Sylvie Todd. I’ve known Sian for 11 years and never thought we’d play husband and wife. It’s really served us, I hope, in terms of that familiarity with each other and in the sense of what a marriage really is. We know each other’s habits, tics and insecurities and I hope it’s given a sense of time in a marriage. When we arrived on set we had some pretty intense intimate scenes to do together and I just kept thinking, I cannot imagine doing this just having met this actor. It’s such a bonus.

I know this is a cheesy thing that actors say, but this has been one of my favourite jobs I’ve ever done. Everyone was so galvanised towards this ambitious goal, and there was a good energy on set.

My character’s 60th birthday was during World War Two, so they gave me this cake. The cake was actually a rationed cake so it was pretty bleak. John [Crowley] made a big fuss about how they rationed the cakes at that time. But then during a take, they surprised me and bought out an M&S Colin The Caterpillar cake! So even in these stressful situations, people are still playing pranks.

I’m not articulate when I talk about him because it’s ridiculous how much I admire him. He never puts pressure on you, he sort of lets you take it anywhere, and if you’re taking it somewhere truthful he encourages that. I trust him implicitly.

What would be the best benefit for you for living your life over and over?

I could be a vet. I’d give up my silly acting job and be a vet or a marine biologist.

Can you sum up Life After Life?

It’s a life-affirming tale with family at the heart of it.