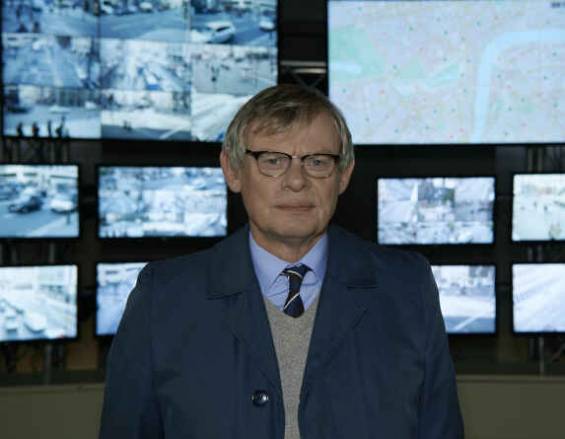 What is the Manhunt The Night Stalker about?

Manhunt The Night Stalker is the real life story of the investigation into the so-called Night Stalker: a notorious serial burglar and rapist whose 17 year reign of terror left thousands of elderly people in south east London living in fear of going to bed at night.

There are so many layers to the story because of the time in Colin Sutton’s life when he came to the investigation is central to the story, along with the age of the case. To start with Colin has successfully caught Levi Bellfield, and so it is celebrated. But also it makes him a bit of a tall poppy (someone who needs to be cut down to size) in police terms.

Then he gets asked to see if he can assist with this 17 year old case which already has a more senior officer at the head of it, but who is not making any headway. So you have got the case that needs fixing and you have the dynamics of a team which has been slogging its guts out over a horrible case for a great many years, and not getting anywhere.

Also they have just had a review before he turned up, so the sense of being supervised or criticised or watched over as they work doesn’t make Colin terribly popular with them. Coupled with what he perceives as a good dose of tall poppy syndrome, he has got to deal with that as well as trying to get through the case.

What brought about the stalemate of the case I think is that they found the offender’s DNA so early, so everything was invested in trying to match the DNA, with a mass DNA swabbing programme, and that is sort of what confounded them, although it is such golden evidence when it is the right DNA. But when you have got a DNA and you are just trying to find a match to it, it is very hard especially with a criminal who is so meticulous in his planning.

Why were you interested in taking the role of DCI Colin Sutton again?

I was fascinated by the role the last time I played DCI Colin Sutton, and got very invested in the notion of the police to the extent that I now feel a bit defensive if they come under attack in the media, or feel disappointed when a police officer does something disappointing which is flagged up by the media.

The first Manhunt had gone so well, and everything about it we were happy with: not portraying the actual detail of the crimes, but the solutions. I think this case is in a way more dramatic than the Levi Bellfield case in the first series. What Ed (Whitmore- the writer) did with the story is extraordinarily dramatic.

How did you prepare to play the role of this senior Metropolitan Police Detective?

met Colin on a number of occasions which was hugely helpful for playing him. Hearing Colin’s stories about his former colleagues and his respect for people, just putting that into place when you see a real group of detectives was massively useful.

When Marc Evans, the director, and I spent the day with Hampshire Police serious crime squad and finding out how rank operated and fitting Colin into that rank, and then adding his personality to the operation, and how he worked within the rank system, was sort of a key to playing the role. Then adding his strengths and doggedness and decency.

You have not wanted to play police officers in the past why was this different? Why were you persuaded to play DCI Colin Sutton.

Because of Colin Sutton in a way, and because it was real. I never really subscribed to the stock TV detective who was either an alcoholic, part time undertaker or oil painter as well as a cop. But this was really interesting because of the nature of Colin and his approach to resolving that crime.

How did you portray Colin Sutton?

The character is my idea of a version of Colin. There were no prosthetics like when Gary Oldman played Winston Churchill. I didn’t go for a photographic reproduction. It is just my version of Colin, which Colin told me his partner said I nailed, and said I was a better spoken, thinner Colin.

Did the glasses and the clothes help you to get into character?

In a way they helped me. The tummy you look down on, and what it is wrapped, in is very helpful.

Does the drama show any of the horrific detail of the crimes committed by the Night Stalker?

No nothing at all. How it reverberates is shown, but there are no scenes depicting the crimes. As with the first Manhunt, it is not about the crimes it is about the solutions.

I think we are honest, we don’t glamourise anything, we don’t sensationalise anything. Some things are altered for the sake of dramatisation, but it is a drama and not a documentary.

We don’t see any of the crimes take place in the drama. They are real and abhorrent crimes, and to see them re-enacted would be wrong for this particular drama. Manhunt’s focus is on dogged, painstaking, real police work.

Throughout the production process, it was crucially important to me that we respected the victims and their families. Equally, we wanted to portray the determination and dedication of former DCI Colin Sutton and his police colleagues, whose investigation brought the Night Stalker to justice.

Is this story shown through the eyes of Colin Sutton and his team or does it relate to some aspects of the earlier investigation?

It relates to some of the earlier aspects of the investigation but none of that is included in the action. It is referred to because the offender is still active, even as Colin comes on board. On his very first day on the investigation there is a crime ( suspected to have been committed by the Night Stalker).

They just keep happening, there is two in one night, which is why I think he thought something had to be done. The age of the victims meant his crimes were not making newspaper headlines.

How did the story of Manhunt affect you?

It affected me just because of the nature of the crimes. With raping and sexually assaulting people, you think what is wrong with this guy. Obviously a lot is wrong with him. He is such an extraordinary mixture. The line that Colin had in the script when he’s finally caught, Colin says I’m so pleased to meet you”, which I loved. It seemed a very police way of dealing with it: happy to meet him because it meant he was in captivity, and happy to meet him in order to wrap up the case.

At the end of the day they did get him, and God knows how many more victims there might have been if the team hadn’t caught the Night Stalker.

What did you learn about major crime investigations from working on Manhunt?

With the first series, I was interested to discover how the ranks in the police work, which I carried over to this second drama.

I observed the work of a major incident team at Hampshire Police who were investigating a murder when I was preparing for the role in the first series.

The one thing I was most keen to observe, because I live in a world without rank, was how rank affected people, and how people interacted in that working environment.

I learnt so much, particularly about how much teamwork plays a part in their work.

Everybody was completely focused. Seeing that focus and how that worked was invaluable. It helped me immeasurably.

I think it was important for us to show the teamwork involved in a major investigation and that it wasn’t just about one person.

It was a massive eye opener. As an ordinary member of the public, you are never going to see how a major investigation works.

Were you aware of this police investigation before the drama came about?

I was aware of the crimes. I knew the area because I went to school around there.

Did you do any research into the Night Stalker crimes?

What other work you have been doing?

I was filming a new documentary series for ITV – Islands of the Pacific -when the first Covid lockdown happened, so we still have that to complete. All the research is in place. We are ready to move fast as and when we can.

We were due to film the tenth series of Doc Martin this year, but we postponed filming until next year because of Covid.