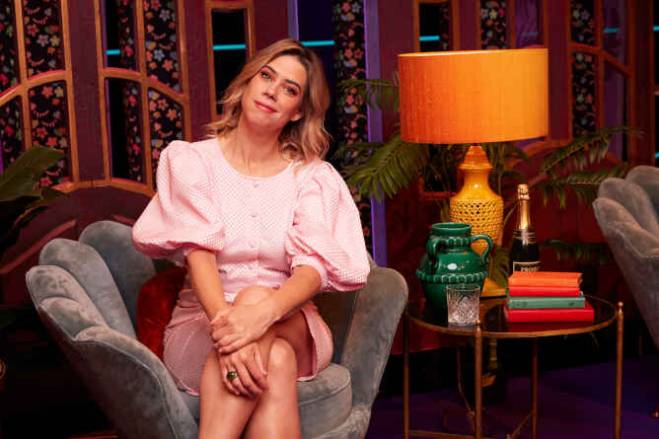 You and Mel have been reunited for a third series, how does it feel to be back?

Like when you don’t have ketchup or mustard for your hot dog and then you find some in the glove compartment of the car. So yeah it feels good.

Which celebs are you excited for us to hear from this series?

Well, personally I was very excited to meet Charlotte Church and hear about her changing the education system although the Tories are trying to stop all the good work they are doing but sorry that’s off topic. Sophie Willan’s stories are incredible. A lot of them involve the sex work industry and gnomes – absolutely terrific stuff.

Which of the guests would you say was the most unforgivable this series?

Gregg Wallace but not for any of the stories he told on the show haha.

Have you been up to anything unforgivable recently?

Not yet but I’ve only just got to Edinburgh Fringe so give me a chance. Wait, I did fall asleep in someone’s show that’s pretty bad. But they couldn’t see me and I needed a snooze.

Did the audiences make any confessions this series?

Oh yes! Some of them are my favourite part – such mad stories and oddities from the humble British public.

When was the last time you sinned?

Are you good at keeping people’s sinful secrets?

I actually am these days. Something I have worked on really hard. I’ll keep something a secret forever and then find out they’ve told everyone anyhow. I learnt how to keep a secret so I get told more of them. For example, Mel (and don’t tell anyone this) but Mel fired someone for getting her an Earl Grey instead of a Lapsung Souchong.

What is your favourite thing about Unforgivable?

The team are amazing, the producers and the channel just let us get on with it and do ridiculous things. The props people are so talented and each year the writers write better and better ways of getting the props on. This year one of the producers in the writer’s room said about getting a miniature horse on the show and calling her Katie Clopkins, and we were all squealing with delight and they let us do it – best day of my life meeting that miniature horse.

Your friend makes you dinner and it tastes nice, but they later admit they dropped it on the floor before they served it to you… Forgivable?

I gag easily so no – no thank you. How clean is the floor – its not clean enough. Id stage a dirty protest and go.

You’re doing the lottery with your friend and they convince you to change the last number, the following day the lottery numbers are announced for 200 million, and they are your original numbers… Forgivable?

God no, I think I couldn’t speak to them again. But a real lesson in trusting your gut a suppose. Actually, I think 200 million is too much though, you’d have to give 3/4 of that away or you’d be unbearable surely – maybe a blessing in disguise. Yeah go on I’m back in, its forgivable and you still get a tidy fee for 5 numbers I think.