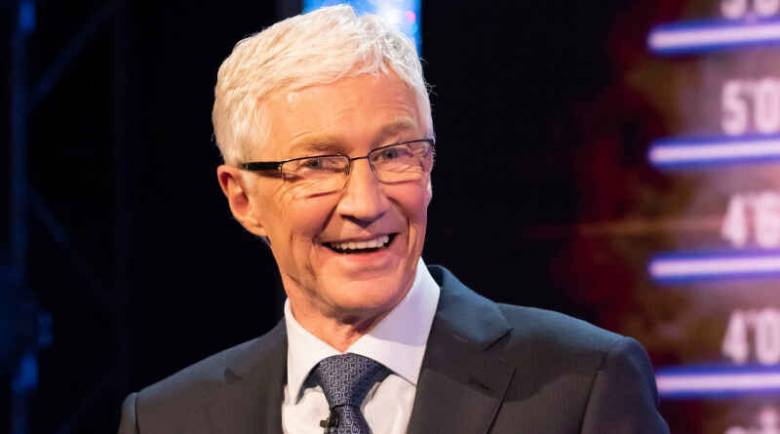 What enticed you back to Saturday night entertainment?!

Two years ago, before COVID, we did a pilot for this show and then COVID hit and nothing happened. I thought it had gone away but then they wanted to film more and because I like Elstree Studios I said, ‘Oh go on then, I’ll do it.’ The pilot was very raucous because people let their hair down because they know it’s not going out, and I thought it would never get commissioned unless they showed it at three in the morning! But it was commissioned with us toning it down a bit!

It was a real change because everything I do is on location, and I’m often with animals and not humans, so I wanted to see if I can still communicate with human beings! See if I’ve still got any social skills left.

Can you explain / describe how the format of the show works?

A question will be asked, for example, who would be the most likely to make a fool of themselves at a celebrity party? And then the four guests have to decide amongst themselves who they think is the most likely, and rank themselves in positions one to four. They all tell a little anecdote relating to the question and then they line up in the order they think the public have put them in.

Also each week there is a question from another celebrity, so the first week, Sharon Osbourne dials in with a question, one week it’s Cliff Richard, another week it’s Nigel Havers.

Then at the end there’s a quickfire round where they only have ten seconds to get in the right order as the questions appear on the screen behind them – it’s pandemonium, ‘Hurry up, hurry up, quick quick,’ – they’re running around like headless chickens trying to decide.

Was part of the appeal that this is not a typical talk show, but has a real twist to it?

Yes, it’s a different way of hearing someone tell a story. I remember when Diana Rigg was a guest when I was doing the chat show and everybody said, ‘Don’t mention The Avengers.’ But I said, ‘I’m Avengers mad, she knows this.’ And when she came on, I said, ‘You’re the reason I moved to London.’ And she said, ‘Why?’ and I said, ‘Because of The Avengers.’ And of course, off we went. I’d just gone in a different way. We talked about all the catsuits she wore and how difficult they were to get off. It was just a different way to getting chatting than just saying, ‘Tell me about The Avengers.’ If you go in a different way, you get a good story. And that’s what happened with these guests, they all came out with great stories. They didn’t need much nudging from me, they just came out with it. They’re talking about themselves. They just came on to play the game and talk about themselves.

It was such a fun show to make. Sometimes when you’re filming a chat show, it can be like pulling teeth, you sometimes just get, ‘Yes, no, don’t know’ answers, but on this show, there was none of that, it was like pulling the plug and then it flowed. Everyone was so relaxed.

Who has been your favourite guest so far?

There have been so many, and so many wonderful people who I haven’t seen for ages. Like Mica Paris. I’m a huge fan of Mica, and she’s got the best voice going. And she’s a great actress.

And Jack Dee, I first met Jack over 30 years ago, and Jo Brand. I’d only ever said hello to Judge Rinder before, but gosh, he’s such fun. He’s hilarious. We were sat there open-mouthed with some of the stuff he came out with.

They were all good value. Joanna Page can talk for Wales, but she’s glorious, she’s a lovely actor and she’s such a lovely person.

Omid Djalili is another favourite of mine, he’s the best Fagin I’ve ever seen on stage. He’s a smashing bloke.

My mates are on it too, like Sally Lindsay, Boy George, Rupert Everett. Everyone came out with various anecdotes that were funny.

Do the guests all start off being very modest about where they place themselves in the line up?!

A little bit, at the beginning it’s all a bit polite and then it just gets a bit raucous. I really enjoyed it. It was like talking to friends really for an hour or two and then go home. It was very pleasant.

Has anyone taken huge offence at the result of the public poll to a question?

No, thank goodness. And when they’re picked in the bottom spot, I feel terrible for them, I say, ‘Listen, take no notice! It’s only a game.’

Who has been the most competitive?

Boy George was quite competitive, he’s great fun though. And no-one wears a hat like Boy George, I’m so envious. He wears these wonderful hats and if I put one of those on, I’d get locked up. They’re lovely. They’re sort of like stove pipe hats but with a modern twist.

Any full-on arguments yet putting themselves in line?!

Arlene Phillips was a hoot. She kept organising people saying, ‘No, you stay there, you stand there.’ They’re all gabbling together and the audience is all shouting and joining in.

What has been the funniest moment filming?

I think something with Judge Rinder because I always assumed he was a serious judge. I talked to him about when I trained as a Magistrate’s Clerk when I was 17 and he was amazed. He said, ‘So you know about law then?’ I said, ‘I know how to break it!’ And he was coming out with all sorts. He was foul-mouthed and so funny. And he’s such a nice man as well.

There is a socially distanced live audience (albeit wearing masks), was that important to you?

Yes, they’re all socially distanced and it’s only a third full, and everyone is wearing masks. It was very odd, all you could see was a sea of eyes and it felt like being watched by frogspawn! All the crew was masked up too. They could all be sitting there with faces like they’ve been poisoned and you wouldn’t know. But it was the right thing, as we were coming out of lockdown. I’d been filming in Kent and at Battersea, but to go into an enclosed space again, which I hadn’t done for so long, was a little bit odd at first. Walking in, you feel like it’s strange, there’s no hugging or anything. But then after a while it just becomes normal.

Who is easiest to work with, animals or celebrities?

I think animal because I get on so well with them, but they can disgrace you and decide to mount you on camera or wee on you – thankfully none of the celebrities does that!

Who would be a dream guest for the show?

If I could pick anyone I’d have Bette Davis. I’m a huge fan of hers, on and off the screen. She was such a force to deal with, such a powerhouse. Imagine what she’d come out with!