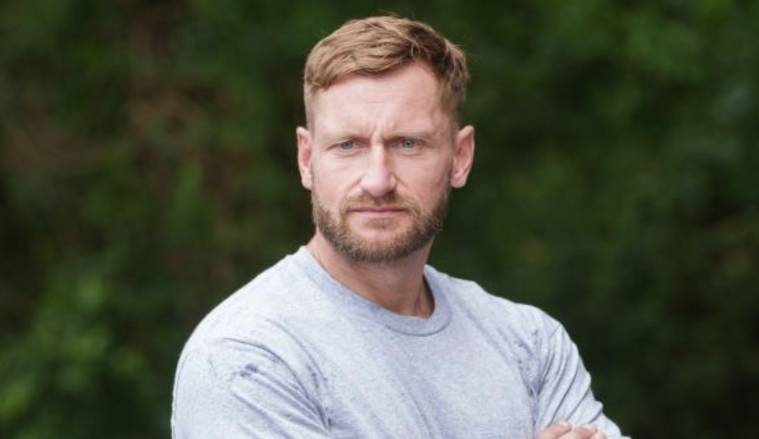 SAS: Who Dares Wins returns to Channel 4 on Monday 23 January and this time the recruits are going to find themselves in Jungle Hell! It’s time to meet the recruits. Grant is a 37 year old bin man from Edinburgh. He he tells us why being diagnosed with ADHD at 35 proved to be the catalyst for his wanting to take part.

Why did you decide to take part in SAS: Who Dares Wins?
As person with ADHD, diagnosed at 35 years old, I now realise why I found myself in a cycle of shame. Shame for things I have said, or maybe done before reading the room the way a neurotypical person might. Or shame simply from a childhood drama that still haunts me today. I wanted to demonstrate to myself that a number of difficulties I faced could be overcome in an incredibly unnerving and physically challenging environment.

What did you hope to get out of this experience?
To highlight that it’s not the case that I can’t do things, but more that I am able to take on the challenges the DS gave us, but possibly in a different way to the neurotypical person. For example, memory retention is something I find difficult, so adults like myself have to adapt by using learning strategies. There were a couple of tasks, especially the more mental tasks, where this happened.

Did it meet your expectations? What was different? What was as expected? And why?
It absolutely met my expectations and more. What was different was not being able to manage my emotions like I do in every day life. The unknown is something I had to accept and accepting that I didn’t know when the task would end and when the DS would throw a spanner in the works. What I did expect was to see people expose their most vulnerable side and let their emotions lead them, dictating whether they stayed or not.

What did you learn about yourself from this experience?
I learnt not to compare myself to others and not to judge a book by its cover. I also learnt that I’m not the biggest person, in fact I’m a wee guy and that doesn’t matter. I have a condition and a number of the problems, which, in normal life, I played to my advantage. I’m all or nothing. They asked for 100%, I gave them that.

Did you manage to confront and rid yourself of any demons whilst on the course? What happened?
Yes. I understand that I have to work harder at things. One of my demons is low self-esteem. In the past I would just think I’m not good enough but on the course I just accepted everything and continued to do what was asked with 100% effort. By showing a willingness to try improve myself helped massively.

How did you prepare for the course? Any particular training?
Yes the core part of my training was endurance. I walk up to twelve miles a day at work 5 days a week and I would get up at 4am and run with my dog too. I also took part in a local boot camp 5 days a week after work doing cross training etc.

What part of the course were you most nervous about before the course? Was it as bad as you expected or were you pleasantly surprised by your strength?
The uncertainty was awful. Early on, I would if each day was the day I’d be out. But Billy said something that stuck with me: “always be ready to go again” and that got me pumped up and made me feel like I didn’t want to let the other recruits or DS down. I fed off knowing I was part of something bigger than all of us, so I didn’t take it for granted. I really wanted to be there.

Which part of the course did you find the hardest?
I found having to learn information in a short period of time very challenging but I learnt that being thrown in at the deep end and dealing with a task as it happened, worked best for me.

Mental or physical – which did you find the most challenging?
Mental…the little voice in my head once or twice said “what the feck are you doing?” Physically I had to accept it was going to hurt and took one step at a time knowing, it would end.

How did you cope with the humid Vietnamese heat? Were you prepared for the climate?
Well i decided to train for cold and hot. I would often wear a sauna suit under my protective gear at work. I also would sit in the sauna at a local gym for a 40 minutes, building up my tolerance to the heat. The thing that had people miserable was wearing wet kit and boots, jungle rot or trench foot and the climate was a breeding ground for leaches etc who loved to suck on your flesh..

Tell us about your experience under the Directing Staff? Did any of them surprise/inspire/change your life?
All the directing staff were incredible. I loved Rudy. He was so unapologetically himself. He knew himself and has such a genuine belief in himself and such endless respect for the other DS. Chris, I thought, was a great example of not judging a book by its cover. He was the real deal!

Were you surprised by the new DS line up?
I felt the new line up created a very new feel. DS Chris was a so unexpected and when we arrived he let us know not to mess with him. Chris was like a lad you might see at your local high street and then bam, when he demonstrated certain tasks, or even spoke, I was like WTF!

What did you learn or take from each of the DS?
Foxy had told me the SAS have a reputation to uphold, so regardless of your challenges you better find a way to get round it. He could have binned me but he was making the point that if I don’t want to be there, I should find a way and not make excuses, so I did..

Billy was phenomenal. He said that just because a person looks or acts a certain way, doesn’t mean they have what it takes. And he repeated reminded us that we either want to be there or we don’t. To me that is life – he was saying we have to take charge of our own head and that action was better than talking the talk.

Rudy called me the muscle hamster. His aura and advice before tasks were all relatable to his life experience. I felt like he was leading us to battle but he made me feel like I would stand shoulder to shoulder with him in any situation. He was a prime example of a leader.

Chris was somebody that I really looked up to. From him, I learnt not to doubt myself. He made it clear that everything was being observed and he picked up on everything I was thinking. He taught me not to become complacent, because complacency can get people into bother.

Did you form any close bonds with your fellow recruits?
Yes. Faye was incredibly supportive of me and very patient with me. She would teach me to memorise things in a way I never learnt.

What is your biggest fear? Is that still the case?
I would say my biggest fear was failing. Now that’s no longer the case, I will always get up and try again…

What did you miss the most while you were in Vietnam?
I missed my feet! I’ll never take them for granted again!

What’s the first thing you did when you finished the course?
Sat in a chair thinking I would do it all again…knowing I had just done something that only few get to do.

What’s the first food you ate?
I ate a tub of pringles and inhaled a litre of cola!

Summarise your whole SAS: Who Dares Wins experience?
A rebirth. For 35 years I just thought I was an odd egg who would accept what life hands him but I reckon I just handed my old self its ass!

Would you change anything about your time on the course?
Nothing!

Would you ever do it again?
Yes …tell me when and where and I’ll get ready to go again!