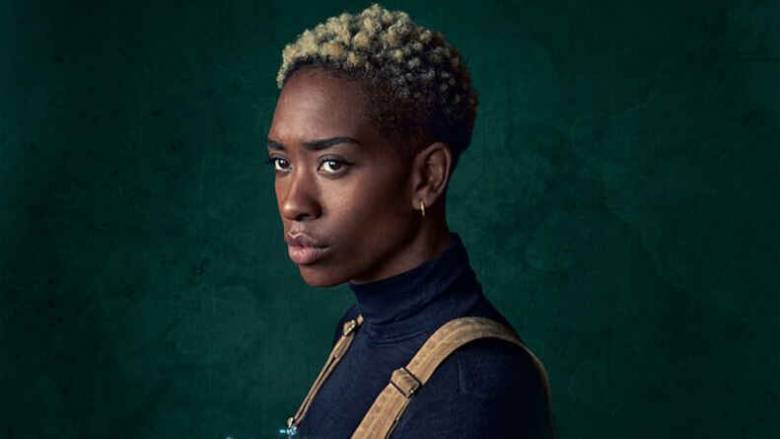 What attracted you to the role?

I love the fact that Simone is an awkward, nerdy but passionate person who is bringing her skills to the forensic world. It shows the team is willing to explore something new, and it’s really exciting to explore that.

What is Simone’s background?

She previously worked at the Natural History Museum studying organisms rather than blood. Ecology is the relationship of one organism to another, and forensic ecology is about the recovery and analysis of human remains. There is a nice dynamic between Simone, Nikki and Jack. They all have complementary skills.

How does Simone get on with Nikki and Jack?

With Nikki, there is a sisterly, maternal energy, and with Jack it’s brotherly love. Simone doesn’t clash with them, but sometimes she alarms them! She is very capable, but a bit direct. It’s a really new world for Simone, and she wants to make sure that she is doing the right thing and that everything is just so. She will pursue people to the bitter end to find the truth. She’s very competent, but I also wanted to show more of her vulnerability in the hurricane of events. She’s not just a scientist, she is a beautifully complex human being.

What is her big storyline in this series?

Simone’s back story comes back and bites her on the nose. Does she ignore it and shove it under the carpet, or face it even though it really hurts? I’m glad she goes towards the pain. She is replaying incidents from her past which explain who she is today. It’s heavy, but it’s great that we can do that on Silent Witness.

Why is the show still so popular?

Silent Witness has very current storylines, but it also has great character arcs. Nikki, Jack and Simone are all battling something from the past. It’s not just a crime drama.

Did it feel a pressure coming into the show?

Yes. Once I saw my name on my trailer, I realised the gravity of the job. People were saying to me, “I love Silent Witness.” It’s instilled in British culture. People grew up with it. It’s a great responsibility to carry that torch, but I accept it and I love it. You need a bit of pressure. You don’t go forward by doing things that are easy.

How did you find it working with Amanda?

It was amazing. She was so lovely. We had a few scenes together, and it was wonderful to hear about her experiences on Silent Witness. She has so many layers to her. It was such an honour working with her.

What was it like getting up to speed with the terminology?

It is a culture shock when you join any programme, but with my training on Casualty, I was okay.

Why are these characters’ jobs so important?

What was the most difficult element of the job?

The most challenging part was discussing ecological findings without stumbling on my words. Real forensic ecologists don’t struggle to say these things. It was also hard having to work with real pigs’ lungs. The smell was disgusting! I thought we would be using fake ones, so I was quite surprised when I turned up and they said we would be dealing with real ones. Luckily, Simone didn’t like them either, so it looked authentic!

What was the standout moment for you?

In the first episode, the way we entered on a chopper was epic. I had never been in a helicopter before, and David and I were screaming like little children. We were beside ourselves with joy. There was a big crowd waiting on the ground, and we felt very important. It was really exciting. What a way to make an entrance.