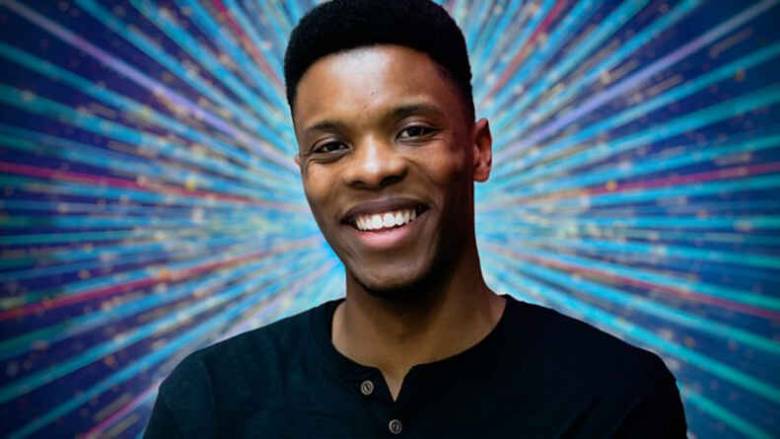 So what made you want to take part in this year’s Strictly?

I was a fan ever since I saw Jay McGuinness do that jive, it was immense. So after that I’ve always, secretly, hoped to do the show. Seeing Karim do it two years ago, and how much fun he had, that solidified it for me that it would be such a cool thing to do.

Have you had any advice before taking part?

I spoke to Karim and also to Joe Sugg, and they both made it to the finals, so fingers crossed! They both said, just enjoy it, but you cannot slack off in your training. Other than that, they’ve just told me to really embrace the whole thing because it’s such a once in a lifetime opportunity.

Only street dance school which I did when I was about 15 years old.

Apart from that, everything else I learned about dance was from music videos. I love Will Smith and in Men In Black 2, at the end there is that nod your head music video and I watched that relentlessly.

What are you doing to prepare for the show?

I’ve just been watching loads of YouTube videos of the past contestants and paying attention to the pro dancers, and listening out for any music I think I would like to dance to, as I think you really have to feel the music to enjoy it.

Do you have any particular favourite dances from previous series?

Jay McGuinness’s dance to Pulp Fiction in Movie Week is my all-time favourite and I really loved Faye and Giovanni’s Charleston, that was unbelievable, I loved the whole puppet theme. An honourable mention that both delighted me and made me furious, was Will Bayley and Janette’s Paso Doble to Pokemon because I’m a massive Pokemon fan. I was furious that it wasn’t me!

Are there any dances in particular you are excited to learn?

The Jive, whenever someone is dancing the Jive I pay attention, I just know it’ll be hard. And the Paso Doble, just because it will be so different to my day job on CBBC where I get to be pretty goofy and light hearted. So there is something exciting about being serious and intense. I’m intrigued about the Latin, to see if my hips move in that way too.

How was the reaction when you announced?

It’s been unbelievable. When I got the CBBC gig my friends were so excited but with Strictly it is next level. I’ve had so many messages from friends, my mum is over the moon, my sisters physically jumped on me. They were all so excited.

Yes, I’m not going to pretend to be anything else. I’m in it for the experience, but I’m also in it to win. For me, even when I am rubbish, I play to win. I want to know I’ve given it my all and shown what I can do. But I want to champion every single person who’s trying to win that glitterball as well!

So what would you say about your fellow competitors?

I think they all have great potential, I think Adam will be good competition as he has the mentality of an Olympian. AJ, her energy is next level, I feel like she is fearless, so I need to match her energy, she is like a Duracell bunny.

The biggest challenge you will face?

The footwork, I can flare it and give some attitude, but with the ballroom you need the footwork and the posture. Small things that the judges will focus on, I think that will be my biggest challenge.