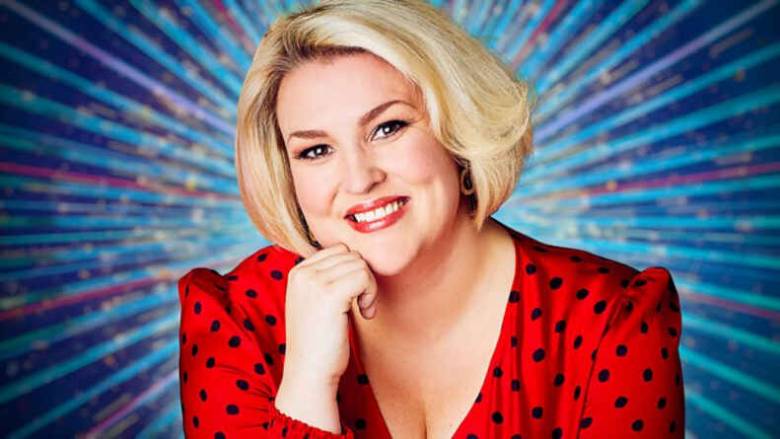 What made you want to take part this year?

It’s been a dream I’ve had my whole life. It’s always been something that I never thought would be achievable. When I got on the panel of Dragon’s Den, alongside Deborah Meaden, she would talk about it all the time and people would say to me ‘You might be asked to go on Strictly next!’ And now here we are!

Have you had any advice before taking part in the show? Have you spoken to anyone who has done it before?

Deborah talks about it all the time and says it was one of the best experiences of her life. Obviously, I wasn’t able to tell anybody I was doing it so she didn’t know that when she was talking to me about it and I was asking her questions, it was because I was going on the show. I had to keep it top secret. She said mainly your feet hurt a lot but other than that everything else is really positive!

Are there any dances in particular you’re excited to learn and perform?

The ballroom dances because they’re so elegant. You see them with their heads turned outward and their arms outstretched, really getting into the steps and the technicality, so I’m really excited about those dances.

How do you feel about being ‘Strictly-fied’?

Beyond excited! For me, that’s one of the big highlights. It’s always my favourite part of Dragon’s Den, getting ready in the morning with someone making you look like your best self. So, it’s like that on a whole other level on Strictly. It’s like every little girls dream! It’s like when you’re little and dreamed of being a Disney princess only you actually get to be a princess every week.

Do you have any dances from previous series that are particular favourites of yours?

Back in series two, Jill Halfpenny (who’s another Northern lass!) did the Jive and it was absolutely off the charts. I remember watching it then and I’ve watched it back online since and I was just in awe of it. I loved that one! Also, when Maisie Smith dressed up as Elsa from Frozen last year doing the American Smooth. Anything where someone is dressed up as Disney Princess has my vote!

What has the reaction been like to you taking part in Strictly 2021? How have your family and friends reacted?

My friends and family can’t wait. Honestly, people just can’t believe it. Everybody wants to come and watch in the studio and I’m having to tell them that they can watch at home in the living room on the telly!

I am absolutely brilliant once I’ve had a couple of drinks on a Saturday night in the pub or a wedding or something like that! I love getting up to dance but I don’t have any official moves. I’m just very good at the ‘Big Fish, Little Fish, Cardboard Box’.

What are you looking for in a dance partner?

I am really keen to work massively hard and really push myself, so I need somebody who’s not going to go easy on me. I want someone who’s actually going to push me and won’t settle for just OK, that’s what I’m really looking for.

What do you think of your fellow contestants? Did you know any of them previously? Who would you say is your biggest competitor?

There are some lovely people! knew John Whaite, because I’ve been on Steph’s Packed Lunch before when he’s been there. He just seems so warm, friendly, welcoming and so lovely. I’ve also met Judi Love when I’ve been on Loose Women and she’s been on the panel. We got on so well after the show and struck up a bit of a relationship so I was so excited when I saw Judi was going to be on the show too.

Would you say you’re a competitive person? Are you in it to win the Glitterball Trophy?

I am fiercely competitive. I think that’s comes from the nature of being in the business world, but I can’t picture myself being that good at dancing because I haven’t been through the training yet so winning feels like a pipe dream. However, you’ve got to aim for the big time and then wherever you get is a bonus. So, I’m aiming big!