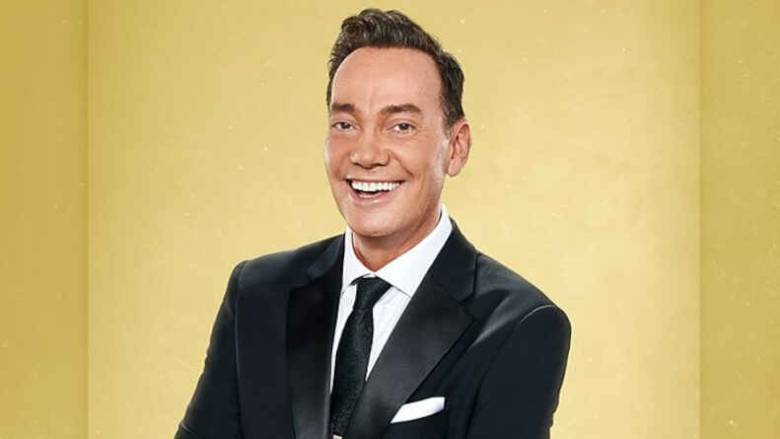 This is Strictly’s 20th series. How does it feel to return to the judging panel for such a monumental series?

I can’t wait, I’m the only judge that has been there all 20 series, which is pretty amazing. I’m very much looking forward to it, I think it’s a fantastic line-up. I’m very, very lucky to still be involved with the show, and I’m lucky because I also get a front row seat, and it’s the best position to sit in!

What were you doing when you were 20?

When I was 20, I was a drag queen in Australia and also doing shows, I’d just finished West Side Story.

Strictly has captivated audiences for 20 series, why do you think it has lasted?

People love to dance and also I think it’s stolen the hearts and minds of the nation, and not only this nation, but so many countries worldwide. It’s in the Guinness Book of Records for the world’s most successful reality television format in the world. We’re very, very lucky indeed to have struck upon a format that is not only great for three year olds but is also amazing for 93 year olds.

And what is your absolute favourite thing about working on the show?

I get a front row seat to the best dancing in the world.

What you your favourite style of dance and why?

Argentine Tango because of its passion, its close hold, the fact that it’s completely led by one person. As the follower, you’ve got to follow and be guided wherever you go.

Who would be your dream celebrity to dance with and why?

My dream celebrity to dance with would probably be Dame Judi Dench, only because she’s the most talented actor I know, she’s got a great sense of humour and we’d have fun together.

Do you ever wish you had danced on Strictly as a pro?

Do you have one standout dance or celebrity dancer from a previous series of Strictly?

Strictly Come Dancing series two – Jill Halfpenny’s jive in the final. She stood out because she was incredible, it was the first ten that I ever gave.

Any standout moments or greatest memories from the series so far?

Yes, Rose and Giovanni and the moment of silence. I thought that was just brilliant because she let everyone into her world so we could all understand it.

Out of the judges who would win in a dance off?

Strictly is returning to Blackpool this year. How pleased are you about that?

I can’t wait because the atmosphere is electrifying and we have like 700 people in the audience which makes it really exciting,

And which is your favourite themed week and why?

My favourite theme week is Musicals week because I love directing and choreographing musicals, and I’ve been in musicals all my life.

So we have a new themed week this year for BBC 100. What BBC show would you love to be on other than Strictly?

I’ve been on most of them over the last 20 years! But if it was anything, I’d say probably MasterChef because I love cooking.

We have 20 pros for this series the most ever. What do you think that will bring to the series?

The pros are always amazing, they bring energy, they bring excitement, they bring knowledge and the four new pros are exceptional and from all different backgrounds, which I think is fantastic. The new pros will bring things that we’ve never seen before, something new.

Do you have a song you’d love to see a couple dance to on Strictly?

My favourite song is I Will Survive, because that really sums up my life, I’d like to see someone dance Disco to that.

This is your 20th series as a judge on Strictly, did you ever think it would last this long?

I thought it would last three weeks but I was totally wrong about that. And it’s gone on and won the hearts and minds of the nation.

How do you think the show has changed over the years?

It’s got more spectacular, the sets have become extraordinary and the quality of dancing has gone up. Also, the contestants themselves treat it really seriously now rather than it was a little bit jokey in the very first series. As soon as Jill Halfpenny danced she set the bar for amazing dancing.

And are there any remarks that you’ve made to any of the pairs that have stayed with you over the years?

Ann Widdecombe springs to mind, because we had banter, which I absolutely loved. There was also Quentin Wilson who I branded as Britain’s worst dancer.