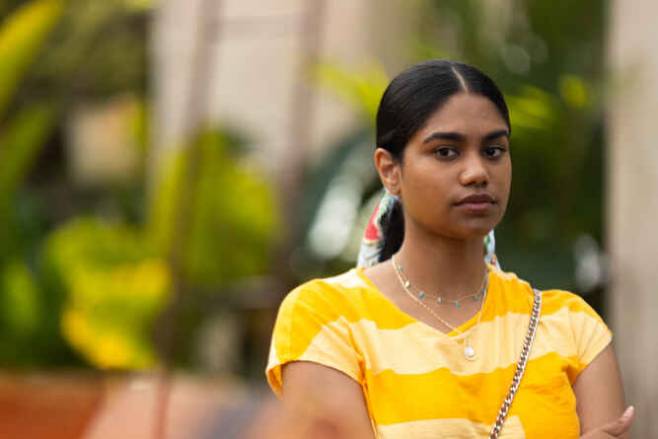 Can you briefly describe your role?

Dr Niki is a new young doctor. She is fresh out of med school and comes to The Good Karma Hospital super eager, excited and ready to please. She has a really big heart and really cares about people. Although that does get her in trouble because she’s a little bit naive. She won’t settle for anything less than the best and has a tendency to think she knows best.

What has it been like joining The Good Karma Hospital?

It’s been really crazy. One of the craziest experiences of my life. Joining a show that has already had three wonderful series makes you worry and that perhaps you aren’t ready for it but everybody was so welcoming and ready to grow and learn with me. It was just really wonderful.

What does the series have in store for you?

There are a lot of mistakes and a lot of damage control done because of those mistakes. Niki has a heart that gets her into these situations but just as easily, gets her out. We see a lot of growth for Niki throughout the series, which has been so fun to play.

Have you learned anything that will be useful in an actual medical emergency?

I didn’t pick up of anything that could be useful in a medical emergency. There was a scene that I did where I supposed to be drawing blood. My mum is a nurse, so I FaceTime’d her and had her explain to me how drawing blood works so now I’m very well versed in drawing blood. I guess if I needed to do that, and I hope I won’t but if I needed to do, I could probably pull it off…I think.

What was it like filming with the cast and the crew?

Amazing. Everybody was so welcoming and great to me from the beginning. Coming into something new like this, you do get a little nervous and wondering if you’ll make friends. But of course they were all wonderful and I’ve met some of my favourite people.

What were your favourite memories of filming over this series?

I have a billion. I really tried to soak in every day as there was something great about every day. Some of my favourite stuff in the hospital because it feels like just a huge studio that we’re working in, that the location is fully ours to explore and shoot in every which way. One of my favourite memories, was my first day, which was everybody’s first day actually, my first scene was with Darshan. I was out of my mind nervous but Darshan was very cool, calm and collected. He just set the tone for the whole day for me. From that point on, I was just super excited to get to work every day.

What are the benefits and challenges of filming in Sri Lanka?

The benefit is obvious, Sri Lanka is beautiful and one of my favourite places I’ve ever been in my life. Another benefit is all the crew as everybody was wonderful to me. They were so efficient and willing to get everything done. As for the challenges, for me I was not used to the heat. It never gets that hot in Canada, so that was a little bit challenging for me, especially in the beginning but once you get used to it, you kind of appreciate it.

What can fans look forward to in series four?

Fans can look forward to a lot of drama and heartfelt storylines that they’re used to in the other three series. As well as seeing these new characters come in and shake things up, and make The Good Karma Hospital exactly what it is.