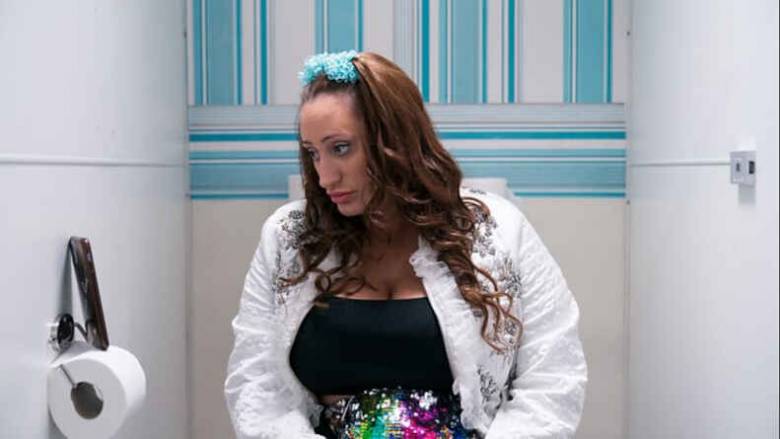 How does Cat feel about the discovery of Callum, her new brother? Does it change the way she feels about Cathy at all?

Family is hugely important to Cat. Why do you think that is?

I always look at Cat – the character – as a little bit naïve and vulnerable at times. With those sorts of characteristics, you are more open (as a person) and more open to finding a normal, loving life with a family. Family life would have meant the world to her because it’s all she ever wanted. It’s the not the norm for her to have that, so to have that now is just everything.

Do you think there are any similarities between yourself and Cat?

Definitely. One hundred percent. I’m very silly and naïve myself. Even more so since becoming a parent. And I like that, because she’s sweet. She’s not horrible and it’s lovely playing those types of characters compared to some other roles I’ve played. It’s nice to be playing a nice normal girl rather than a crackhead or a prostitute!

You have new cast members joining the gang this time. How has that been? Were days on set fun?

It must be very intimidating to come on set when we’ve all built relationships in series one. Immediately we felt a natural connection – especially between me, Ellie and Chris. It was a natural thing for us all and we all got along great. Michele is wicked. And Caroline, it wouldn’t be the same without Caroline, she’s amazing. Me and her got along so, so, so well. It was wicked to have them all, we all just gelled immediately.

I corpse badly. Me and Ellie are completely different people, but we have the exact same sense of humour. It’s always me and Ellie – Ellie can keep it together but I can’t. It’s like you know when you get told off at school and the teachers are like, “stop that Lauren” but you can’t, and it becomes a nervous laugh. It’ll get to 6.50pm when we wrap at 7pm and it’ll be me holding everyone up! The banter between me and Ellie is hilarious, and I think that’s what makes it. That’s why Cat and Cathy bounce off each other. It’s a natural connection we have. She’s one of my dearest friends in the world, but we’re very different and I think that’s what makes the characters work as well.

Cat’s hugely endearing (and very funny) to watch. Do you enjoy playing her?

It’s one of the best roles I’ve ever played. It’s nice to come away from the rude-girl approach and play a normal person. It’s quite refreshing and she’s a very refreshing character to play. It’s wicked to get the lines and see how she would play them. Holly’s been brilliant at letting us have leeway on building our characters and has been very open and creative with us as actors.

What would you like to see going forward for Cat? Not necessarily in series two, but in general.

It would be hilarious to see Cat in a very serious relationship and see where that goes. A pregnant Cat? A labour Cat? Although, you might see Cat do something similar later in this series… just not necessarily with a human.