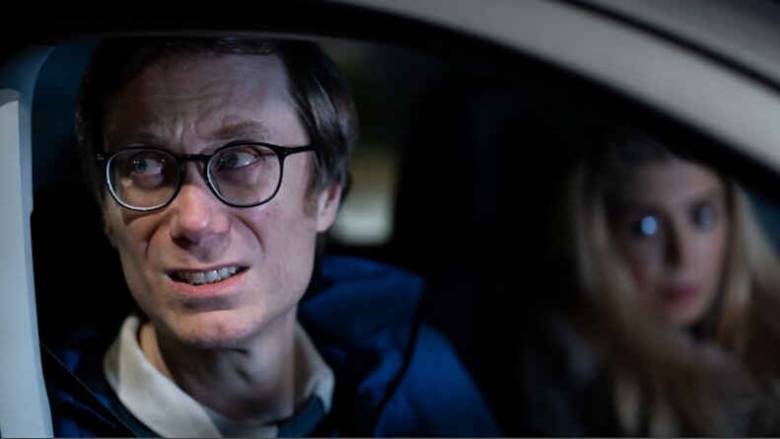 Where did the idea for The Outlaws come from?

Growing up, my parents used to work for Bristol Community Service. My mother was always careful, she would say, “I can’t tell you about specific cases…” as if it was sensitive information and I couldn’t be trusted. But here and there, not naming names, she would talk about some of the people that came through the doors. I was always intrigued because it was such a mix of people. You’d have the businessman who’d got caught drink-driving or some student who’d got in trouble for some minor thing. Or there was an old guy who was stealing cabbages from allotments just to get community service, because he was lonely and he liked the social aspect of it.

What was interesting to me was that it was a way of bringing completely disparate groups of people together. You could have a random cross-section of society and it was totally legit that they were all there doing community service. I was always interested in the idea of that. And finding ways of bringing people together is useful in a TV show. Also, I liked the idea of doing something which had a crime thriller aspect but that didn’t just involve policeman or private detectives. And so this is just an interesting way of going into that world from a slightly different angle.

When you were developing scripts and looking for characters, did you go back to your parents for story ideas?

I went less for characters and more for research, for how it works. For instance, my father was involved in managing the tools and the equipment that the outlaws used to do their work. And they were constantly being robbed. They found ever more elaborate ways to steal the tools, whether it was leaving windows open, or pretending to lock a chest of tools and then coming back later and pinching them. Or an MP came to do a photocall and half the offenders had gone to the pub. My parents were hurriedly trying to get them back so that they would stand in line and look deferential when this dignitary came by. Often the offenders are there instead of prison, so you are dealing with people who otherwise would be inside.

You’re from Bristol, is that why you set The Outlaws there?

Obviously, I know the city quite well, but I’d never worked here. It’s a very visual city, covered in graffiti (it’s where Banksy got started) and it has a real mix of people. You’ve got the gentrified Clifton neighbourhoods and the more inner-city urban bits, the Suspension bridge and the vast gorge. And yet it still hasn’t played itself on screen very often; it’s used mainly for period pieces or doubling as somewhere else. So it’s fun to try and make the city a character in the show.

How do you describe Bristol to people who’ve never been there?

I know this is going to seem like a slightly fanciful comparison, but a number of people have said it to me independently: there’s some comparisons between Bristol and San Francisco. I don’t mean it has the grandeur and the glamour; but it’s on the water, it has the very striking bridge, it has the hills and the colour and a sort of bohemian, artsy side mixed with money and inner city drabness.

The more people have come to Bristol, whether it’s American executives or otherwise, it’s turned out to be a comparison that’s not as absurd as it might seem on the surface. What’s always important to me – and we realised this with the success of The Office – is that often, the more specific you are, the more universal it becomes. When you’re trying to be too general and you live in a no man’s land people find it harder to dial in because they sense it seems inauthentic.

In the abstract this could be a serious drama or it could be high comedy. What tone were you looking for?

I was always trying to compare it to the funny episodes of dramas. A great touchstone for me was always a famous episode of The Sopranos called Pine Barrens. Paulie and Christopher get lost in the snow and they’re trying to bump off a Russian hitman. It’s darkly comic and yet the stakes are huge and they never break the drama rules of the show.

I think you find that in a lot of good drama. Particularly American stuff, which can walk that fine line. The humour should derive from the characters and the situation and the environment, and not feel like sitcom stuff placed on top. It’s always a tricky balance to get right. It’s more about feeling it as you go and deciding when something feels too absurd.

How did you come up with The Outlaws’ ensemble of characters?

What was interesting to me was to make them very specific archetypes, but then sort of peel back the layers and suggest why someone winds up with that point of view, and what happens when they are forced to question their own value system. That sounds a lot more grand and pretentious than it’s intended to be. You’re forcing these people to literally work together as a community service. So we can take a right-wing businessman and force him to work opposite a left-wing activist and watch the sparks fly. And let the viewer decide who is wrong or right on any given point.

It’s an equal opportunities portrayal of these people – no one’s good or bad, no one’s evil, no one’s purely good. Everyone’s a little bit more complicated than that.

How did you come to cast Christopher Walken?

One character is this older, charming, slightly devilish conman and I wanted him to be an older American actor because I liked the idea of him feeling a little alien in Bristol, like he’s the man who fell to earth. That was the opportunity to have some big star casting. But when you start to talk about it, there aren’t that many actors of that vintage who have that kind of charisma and that audience recognition.

Someone mentioned Christopher Walken and I thought that would be amazing. What I love about him is that he can do both great charm and be very funny, but also menacing at the same time. We got word to him somehow. Chris doesn’t use phones and he doesn’t have a computer, so it was a bit hard to contact him. I ended up having this very glamorous weekend where I went to Los Angeles to go to the SAG Awards for that film JoJo Rabbit. On the way back, someone said, Chris can see you on your way home. So I flew from this glamorous award ceremony to New York, and then drove up to Connecticut, and met Chris at his house. And I was there for hours. Chris was just as committed and invested and passionate as I imagine he ever was. He was asking a tonne of questions about the character and about the scripts and about Bristol. We spent hours just chewing the fat and the next thing I knew he agreed to do it. And that was a huge thrill.

People have an idea of what they think Community Service is like. How will The Outlaws change their preconceptions?

I’m not trying to do a perfectly accurate portrayal of the criminal justice system and advocate for the value of community service, it’s just a backdrop for these characters. But at the same time I do remember that my mum, for instance, used to be quite proud when they had successfully renovated a kids play area in a park or something. There’s a value to that. So in my show, they’re renovating a derelict building into a community centre.

You write and direct, but you also play one of the Outlaws. Who is Greg?

He’s a lawyer who doesn’t particularly want to be a lawyer and just sort of drifted into that job. He’s a divorcee who has got himself in a bit of bother with a lady of the night and finds himself doing community service. I always like the idea of the least equipped people getting involved in a crime situation. So Greg is an awkward and geeky guy who’s suddenly involved with gangsters, (always a fun thing to play). Greg forms this unlikely bond with Eleanor Tomlinson’s character who is a glamorous, upper-class celebrity.